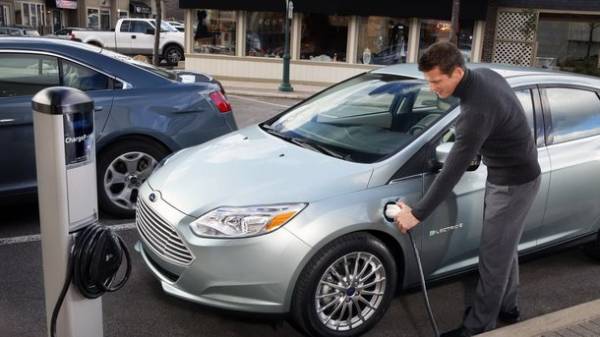 Europe and India have said they will refuse sales of cars with petrol and diesel engines. Now these States encourage their citizens to buy electric vehicles, the issuing of grants and lower taxes. But in 10-20 years they plan to ban the sale of cars with internal combustion engines (ice).

In the United Kingdom among the total number of machines is 5% electric cars. To increase the number of “green” cars the government gives the British a grant for the purchase of electric vehicles in 35% of the cost of the machine, and releases from property tax. In France, electric cars more than 100 thousand or 1.2% of the total market. Buyers of “green” cars, the government compensates for 10 thousand Euro. Britain and France plan to ban cars on petrol and diesel in 2040.

India plans to ban the sale of new cars on petrol and diesel by 2030. The government plans to subsidize the purchase of electric cars two or three years until the car becomes available.

The Netherlands will switch to electric cars by 2025. Instead the government encourages people to buy electric vehicles by local authorities. Buyer of electric cars exempt from registration tax and property tax.

Germany and all the EU offers to legalize the ban on the level of the Union with 2030. While the country itself has introduced incentives for buying electric cars: 10 years of exemption from property taxes, grant for the purchase of “green” cars in the 4000 Euro and low interest loan.

Weight of electric cars in the world leader Norway. Every third car in the country is electric. Environmental cars here are not subject to 25% VAT and tax on the car, also the owner of the electric vehicle pays a reduced toll fees. In 2025, Norway maximizes the CO2 emissions limit vehicles to 0%, thereby ban cars with internal combustion engines.

Automakers due to the constant tightening of environmental requirements for vehicles with internal combustion engines have started to focus on production of hybrid and electric vehicles. For example, Volvo has announced that by 2019, all new cars will be battery and motor. Mercedes, Audi and Volkswagen are also not far behind in the race to manufacture electric cars.

Earlier “Today” I wrote how much to save owners of electric cars in comparison with cars on petrol and diesel.