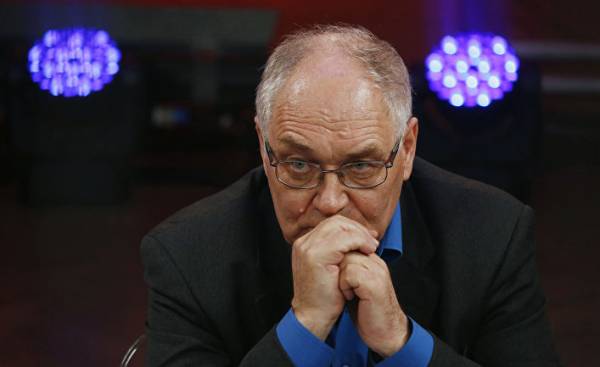 “All dictatorships have one common point: they can’t stand and will not tolerate independent organizations,” wrote 25 years ago the political scientist Adam Przeworski. The collapse of the Soviet Union destroyed all the barriers to non-profit organizations. Almost immediately across the country there were many groups, clubs and associations (unknown in the Soviet era, the forms of solidarity and joint actions) in various areas, indicating a new form of feelings of moral responsibility for the situation in the country. Most of these organisations were small, but some (the Committee of soldiers ‘mothers, Association of consumers’ rights, “memorial”) was comprised of dozens of regional associations and were accorded General recognition.

Help Western philanthropic organizations (the open society of George Soros, foundations, MacArthur, Ford, Heinrich böll and Friedrich Naumann Foundation) played a decisive role in the future of Russian civil society in the 1990-ies. It affected not only financial support but also transfer of know-how. Launched projects the development of independent media, created a new educational program, released the entire collection of previously banned literature, translated into Russian the philosophical, sociological and economic works, published collections of archival documents on Stalin’s repressions and collectivization.

In addition, the emergence of independent research groups has changed the balance in the social Sciences, and liberated these areas from the dominant Marxist dogma and opened up new avenues for science. Gained momentum conservation movement, particularly in disadvantaged areas, which led to a confrontation of environmentalists and authorities. Subsequently, all turned to high-profile trials, during which environmentalists were accused of espionage and public disturbance. Russian oligarchs and businessmen (Khodorkovsky, Prokhorov, Deripaska…) took the example of the European funds in their philanthropic activities.

The heyday lasted a decade, ending with the coming to power of Putin and the restoration of authoritarian rule. Since 2003, amid the trial of Khodorkovsky, the elimination of independent television channels and media censorship the regime has allocated limited to the freedom of expression space, proclaiming “managed democracy”. This period was marked by increased anti-Western rhetoric, harshly critical of EU integration and NATO in the former socialist republics (Lithuania, Estonia, Latvia) and similar plans for Georgia and Ukraine.

At this moment, with the Kremlin beginning to sound paranoid mantra, and it only intensified the fear of “color revolutions”, the protest movements that could overthrow the existing corrupt regimes. Putin’s ideologues blamed throughout the USA, which, as they thought, has set a goal to overthrow the regime, and talked about Western countries started the information war. After Putin’s speech in Munich in February 2007 the Russian domestic policy has acquired a vivid color anti-Western with the adoption of the doctrine of national conservatism and a return to “traditional values”.

Since 2010, various projects supported by foreign funds have faced restrictions and were forced to leave the country. Representation of charitable organizations and associations have become “undesirable.” Anyway, before 2011 the authorities had taken such measures in the course only in individual cases. All accepted systematic only after the mass protests of 2012-2013, which was lying rather moral, not political demands. An important event was Putin’s speech at the annual meeting of the FSB in the end of 2012, when he called for exemplary action against NGOs and condemned the protesters, accusing the organization of subversive activities, political instability and collusion with foreign intelligence agencies. In addition, he put them in the wine distribution in Russia of foreign values of democracy, liberalism and human rights.

Attempts to establish surveillance on the Internet have become increasingly apparent. The Association also began to face regular inspections by the Prosecutor’s office, Ministry of justice, the IRS, police, FBI and other intelligence agencies. They have focused on “political” activities of NGOs and their relations with foreign organizations. According to the Ministry of justice, for the period from 2013 to 2016, these checks were more than 5 000 companies, 160 of which were confirmed as “foreign agents”.

For the most part it was about human rights organizations (almost 40% of cases). They were followed by charity (16%) and environmental (15%) of the Association, as well as NGOs from the information medium (8 to 10%). From 6% to 8% accounted for the defenders of the rights of special social groups (migrants) and research organisations (especially if they involved the question of repression). A smaller portion of the checks related to ethnic and cultural organizations such as associations for the protection of the rights of peoples of the far North.

Anyway, the strategy of repression against NGOs is not restricted to systematic checks of their activities. The forms of pressure varied from assaults and beatings of activists (even if the intruders were caught at the scene, they tried, and not even questioned) to large fines, prison terms and a smear campaign in the press and on television. All this was accompanied by measures that were intended to cover those organizations with oxygen. Scared of the Russian businessmen refused to support and Finance NGOs, who were considered close to the opposition and had foreign partners. Propaganda has borne fruit: the majority of Russians had a negative opinion about NGOs, they see them as a “fifth column”. This view is especially prevalent in the province, where people have heard about NGOs only against hostile towards them media.

Simultaneously, the regime contributed to the spread pseudopregnancy associations, supported and financed by the government, such as paramilitary unions of Cossacks, veterans of the Chechen war and other armed conflicts. 29 June in Yaroslavl passed the Civil forum organized by the party “United Russia”, which was intended to attract to the side of the power maximum “socially-oriented” NGOs, offering them heavy government subsidies.

Of the 58 thousand registered in the Ministry of justice, just 15 to 17 thousand can actually be considered as representatives of civil society in the sense that they unite the responsible citizens who do General anxiety and interest. The remaining appendages represent authorities, formed at the call of the authorities, unions and associations or funds close to the Kremlin oligarchs.

According to the survey, organizations of civil society involved only 1% to 2% of the active population, whereas 7% to 9% participate in these activities as volunteers or sponsors. Almost 60% of NGOs are based in Moscow and St. Petersburg, and from 25% to 30% is distributed across the ten cities with a population of over a million people. These figures allow us to conclude that the social environment of development of civil society depends on a number of factors: a relatively developed market economy, an active information space, dense social fabric, a highly skilled population.

The main victory of Russian civil society is that it still has not managed to destroy. Deprived of access to the media civil organizations are fragmented and do not support special links between them. The lack of coordination and individual survival strategies in a hostile environment is a big trouble of the Russian civil society. In the end, the NDA is all three options. First: to obey the authorities of opportunistic reasons, to take on functions that are not performing or not properly performing state. Second: to stop their activities. Third: be politicized, approaching the protest movement, as did the “memorial” and “the Voice.”

We have seen the effects of the third embodiment during the demonstrations on 26 March and 12 June, when the conditions of the return of totalitarianism political protest walked moral. 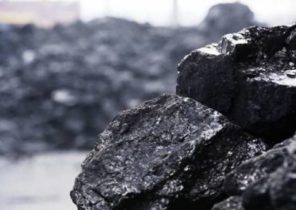