30 June in Tunguska in Northern Siberia has been included in the history of the explosion. Power it a hundred times around the Hiroshima bomb. The wave knocked over 80 million trees and devastated the region with an area of 2 000 km2. Anyway, the instructions on the cause of the incident virtually no. Even the crater, which would have marked the place of the meteorite fall.

Unless an asteroid could explode in the atmosphere? So already in February 2013 in Chelyabinsk, but then on the Ground were found the fragments. In Tunguska didn’t find anything. The slightest trace.

To explain this fact, the specialists from the Krasnoyarsk Institute of physics has put forward an amazing theory: not a single fragment caused the incident of the asteroid was not found, because he… exploded.

The hypothesis fits the facts

The incident at Tunguska could have been caused by an asteroid that entered the earth’s atmosphere, and then again went into space. Something like this has been observed in Utah and Wyoming in 1972: then through the upper layers of the atmosphere passed a celestial body the size of a truck.

The Tunguska meteorite was almost 200 meters in diameter and passed along the surface of our planet, a distance of about 3,000 km, approaching the surface to 10-15 km in the lower point of the trajectory to the incredible speed of 20 km/s. During the flight he lost half of the weight, that is at least 30 million tons.

When approaching the Earth the evaporation has reached such a level that the formation of high-temperature plasma created like a blast shock wave. It was felt almost all over the world: UK, USA and even Indonesia. Emerged at the epicenter of the phenomenon, the fires could be caused by an increase in temperature of the asteroid to more than 10,000 °C at the minimum height. 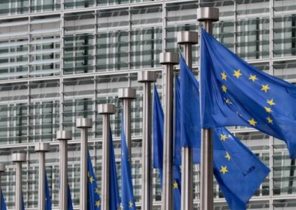