Five years ago the Russian military hackers made a cyber attack on the servers of the Bundestag and hacked a working email of German Chancellor Angela Merkel.

According to Der Spiegel, the criminal police and the Agency for the fight against cybercrime Germany partially reconstructed the attack and found the target of hackers GRU was just two mailboxes, office of the Chancellor.

“Even after a secret attack was revealed, the thieves continued to download information. According to preliminary estimates, in total was stolen about 16 gigabytes of data. This can include thousands of letters from the office of Merkel,” write German journalists, noting that to accurately estimate the volume of leaks at the moment impossible.

In the investigation of hacker attacks seized more than 300 servers, and submitted to police requests to 21 countries.

Neither the German government nor the Russian Embassy or the Kremlin, this note has not yet been commented on.

We will remind, a year ago in Germany began an investigation of another large-scale cyber attacks, after which appeared on the Internet personal information of the German TV presenters, journalists, musicians and politicians, including party leaders.

And in December, the network got a secret trade documents of the US and the UK, involvement in the British service suspected Russian cyber security specialists. 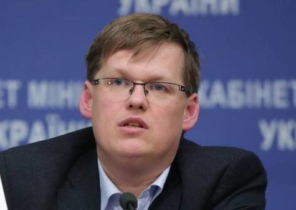 The minimum wage in Ukraine could be 5000 hryvnia – Rozenko