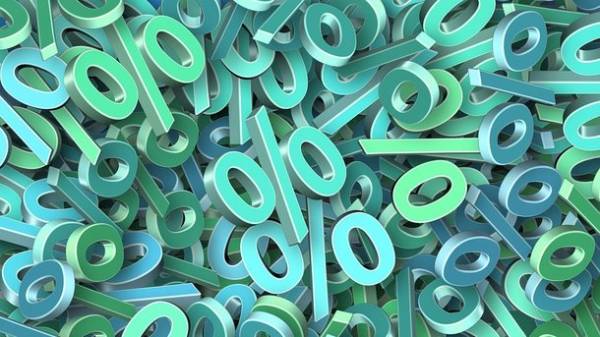 The Board of the National Bank of Ukraine (NBU) has lowered the interest rate to 12.5% per annum from may 26, 2017. About it reports a press-service of the NBU.

“The easing of monetary policy consistent with the need to achieve inflation target in 2017-2018 and at the same time aims to support economic growth”, – explained in the controller.

The NBU reminded that in April 2017 consumer inflation in Ukraine slowed to 12.2% in annual terms. “This level of inflation in April was slightly below the trajectory forecast of the national Bank, providing for the slowdown in inflation to 9.1% at the end of this year. This is primarily due to weaker-than-expected pressure from fundamental factors”, – noted in the NBU.

Also in April, continued strengthening of the hryvnia to the U.S. dollar due to significant foreign exchange earnings from agricultural exports. In addition, the population continued to actively sell the currency in the cash market since the beginning of the year net purchase of foreign currency by the banks amounted to 982 million U.S. dollars. These banks also maintained the supply of currency on the interbank market.

The regulator has warned that this year may continue easing monetary policy, but only in the case of the stable reduction of specific risks. However, potential monetary policy easing can occur in different forms – both by reducing interest rates and easing of administrative restrictions in the currency market.

“The speed and extent of possible further rate cuts will depend on the assessment of the medium-term risks to achieve the objectives of inflation in 2017 and, most importantly, in 2018. It is expected that overall, in 2017, the beginning of which the discount rate was 14% per annum, the scale of decline will be much less compared with the year 2016, during which the rate fell by 8 percentage points,” predicts the NBU.

Poroshenko has formulated the key task of the Ukrainian authorities