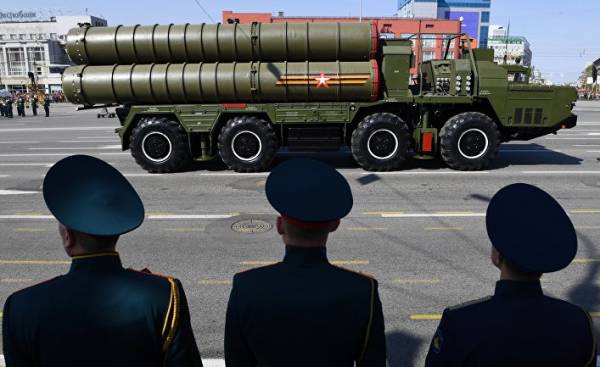 In Russia can not cope with the increase in the incidence of the novel coronavirus.

Moreover, caught the second man in power — the Prime Minister of Russia Mikhail Mishustin, as well as the Minister of construction and housing and communal services Vladimir Yakushev. The virus is spreading in the army.

Official data on the number of cases — the tip of the iceberg?

On 26 April, the Russian defense Ministry has announced that it has contracted for about two thousand people related to the army. It was the first information about the spread of the epidemic in the army.

According to the defense Ministry of the Russian Federation on the same day, soldiers ill 874 people. Of these, four are in serious condition, one connected to artificial lung ventilation (ALV). Also, the positive results for the virus were confirmed in 779 students and students of higher military educational institutions. With the accounting staff of schools under the Ministry of defence and a civilian working for the army, the number reached about two thousand people. On 5 may, the number of infected has risen to about 3,200 people.

These patients are hospitalized in military hospitals or be on home treatment and self-isolation. The Ministry of defense stressed that comprehensive measures are taken to prevent the spread of the epidemic: continuous testing in the armed forces, as well as disinfection of vehicles and institutions.

The strength of the Russian army of 800 thousand people (in 2019). This is one of the largest armies in the world. From the standpoint of total number of number of patients does not exceed 1%.

However, army life involves living together and exercises, therefore, great danger that can occur of the outbreak. Commenting on the official information, the media who are critical against the government of the opinion: “This is the tip of the iceberg”, “the Actual data are concealed”.

According to the Ministry of defence, the Russian army started to take the tests from the military in March. Until the end of March it denied that the military is ill.

31 March, the Russian military newspaper “Red star” brought the comment of the Deputy chief of the General staff of armed forces Colonel-General Yevgeny Burdinsky, who said that at that time not confirmed a single case of coronavirus infection in the army.

On 14 April the Ministry of defence also said that the epidemic is under absolute control of the troops.

Mass infection during a rehearsal of the parade

However, already on 16 April, the defence Ministry admitted the first cases covid-19 in the army. It was announced that in the Tyumen higher military engineering command school sick 14 cadets and one civilian.

The reason is appeared in social networks information about the mass contamination of the parade rehearsal. As reported, on April 14 there were 49 cases of teachers and cadets of the Nakhimov naval school.

March 20, the students of this school arrived in Moscow, where the city took part in the parade rehearsal.

155 people who had contact with these 49 are also under medical supervision. And already on 16 April the President of Russia Vladimir Putin announced the postponement of the military parade, which was held on 9 may. He explained that April 15 was demanded by veterans ‘ organizations.

In connection with this decision, the Ministry of defense of Russia returned part of all participants in rehearsals and set for them a two-week quarantine.

Numerous Russian media believe that the magnitude of the outbreak in the army a lot more official information.

April 17, the radio station “Echo of Moscow” reported: “the Situation is evidence of large-scale epidemic outbreak among participants of parade rehearsal, which was held in Alabino near Moscow on 20 March. Most likely, this was canceled the may day parade”.

The decision of the President Putin was too late

On 16 April President Putin said: “Risks “associated with the epidemic, the peak of which failed, is still very high. And that doesn’t qualify me to start now preparing for the parade and other events. Therefore, I instruct the defence Minister and heads of law enforcement agencies, governments at all levels to change the schedule and to postpone the preparations for the military parade on red square, the parade of regions.”

However, it was already too late. Despite the epidemic across the country, parade rehearsal started in March. One could easily imagine that the daily increase of patients in the several thousands of holding a large-scale parade will cause even more infection. Nevertheless the rate has not changed. In Moscow has gathered troops from all over Russia.

In early April, when the Day of Victory was about a month, the Putin administration stated that the problem of the rehearsals of the parade should be clarified in the Ministry of defence, which adopts exceptional measures to prevent the spread of the virus. The army can act independently. This ultimately delayed the decision about the cancellation and the postponement of the parade led to a massive infection.

So why the parade is not canceled until April 16?

2020 is a special year for Russia: 75th anniversary of the victory over Nazi Germany. For Russia, the Victory Day may 9 has always been a great chance to emphasize the position of the winner over the fascist camp. Was invited by the Prime Minister of Japan Shinzo Abe and the heads of other countries.

Therefore, if President Putin announced the postponement, it would be perceived as the white flag before the pandemic. Even the decision to transfer the Russian leader has justified the requirement of the veterans ‘ organizations.

The confidence of Russians in the army was shaken

A new date for the event is not offered, and the military had to continue rehearsals. The result was an outbreak among military trainees.

Despite this, the Ministry of defense continued to emphasize that the activities of the troops is in normal mode. During the meeting, by telephone April 24, Sergei Shoigu said: “the plan is to study, exercises, field exits. All polygons are involved, we have more than 80%”.
April 1 started the annual appeal, despite the protests of individual doctors. During the exercise, and the medical examination of recruits to avoid close contact, so it can easily lead to the outbreak of the disease.

You can’t ignore the danger of the spread of the epidemic across the country, and hearth of this distribution can be army: after-service soldiers returning to their homeland.

Unlike the army, the citizens live under a strict regime of isolation. In Moscow, the regime introduced on 29 March. 22 April, banned the use of public and private transport without the proper permit.

City surveillance cameras record the numbers of passing cars, and in the absence of a pass issued a fine of more than 15 thousand rubles.

Russian troops are expected to contribute to the fight against the epidemic, however, if a mass infection will not subside, this will lead to a decrease in trust of Russians to the army. As for holiday events, rescheduled for September, President Putin said that the Moscow parade will take place necessarily.

However, if the virus will spread to cities across participants rehearsals and demobilized from the army, President Putin, concentrating in their hands the strong power, will bear a serious responsibility.