For more than 20 years scientists have tried — with varying success — to introduce antibodies into new therapies for bacterial and viral infections. Now one group of scientists has proposed a completely new approach: they suggested to connect the tiny antibodies from the blood llama with a kind of bacterial glue. These coupled antibodies protect mice from two deadly viruses, but also able to suppress other pathogens.

In his new work, scientists were able to “circumvent a lot of obstacles” that hindered the success of previous studies, said protein engineer Jennifer Maynard (Jennifer Maynard) from the University of Texas at Austin. “I think it will be the technology of wide application, which can be effectively used to treat infectious diseases and cancer.”

Antibodies to treat a range of diseases, including cancer and autoimmune diseases. Some recombinant antibodies have already been approved as a method of treatment of infectious diseases, however, to produce functioning antibodies difficult for several reasons. The process of making genetic changes in cells to make antibodies can be very problematic, and artificially created molecules may not accept the correct form, and then to perform its function. A potential alternative is a miniature antibodies taken from immune cells of llamas, camels and sharks, the size of which is approximately two times smaller than standard antibodies. To produce these tiny proteins can be quicker and cheaper than their larger counterparts, and they always take the right form.

Along with his colleagues, the molecular biologist Paul Viggers Srour (Paul Wichgers Schreur) from bioveterinary research laboratory wanted to find out whether these miniature antibodies to protect against bunyaviruses group of viruses that, warns the world health organization, can cause epidemics in the future. Scientists tested the effectiveness of these antibodies in the fight against two of these viruses. The rift valley fever primarily affects livestock in Africa and Central Asia, however, from time to time it infected humans. The Schmallenberg virus, which opened in Germany in 2011, does not cause illness in humans but in sheep and goats it provokes miscarriages and severe congenital diseases.

To determine how effective were these miniature antibodies, the researchers tested whether these molecules to stop the viruses able to affect the kidney cells of monkeys. Isolated antibodies showed low efficiency, so the scientists decided to mix them. It was at this point, they used a bacterial superglue, which consists of two types of protein fragments of Streptococcus pyogenes bacteria. When fragments of different types meet, they stick together with each other. If these fragments are associated with other molecules, these molecules also stick together. With this cyanoacrylate scientists were able to link two or three of the llama antibodies, which are then together attacked the virus. Wagers Srour and his colleagues found that the intermeshing of antibodies demonstrate a much higher efficiency in dealing with viruses than isolated antibodies.

Then the scientists checked the bacterial glued with adhesive antibodies on mice, which had previously administered a fatal dose of one of the two above-mentioned viruses. All mice infected with the virus of rift valley and have received no treatment died within three days, however, more than 20% of the rodents that received a dose intermeshing of antibodies, remained alive after 10 days. This method of treatment has shown efficacy in the treatment of Schmallenberg virus: one combination of antibodies rescued all mice, which introduced her, while all mice in the control group died within five days. This researchers wrote in an article published in eLife.

According to Wiggers Shroyer, the results of their study prove that the approach using tiny antibodies, “possible and brings new opportunities for optimization”. Scientists still need to answer several questions before they can begin to test this approach on humans, for example, will they be able to produce a sufficient number of interconnected antibodies. According to Wiggers Shroyer, this approach can demonstrate its effectiveness in the treatment of other types of viruses, however, most likely, scientists will not have time to finish it, so that it can be used to combat the current pandemic. 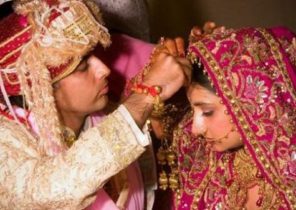