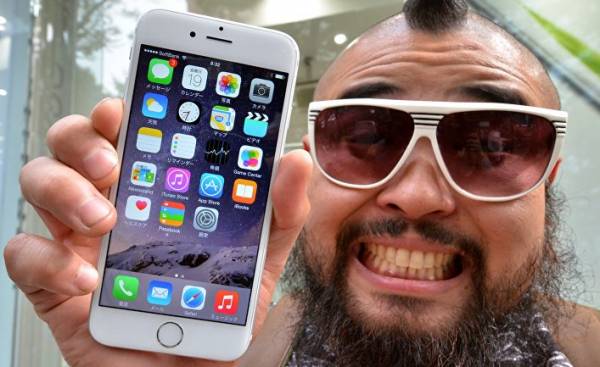 Today we are surrounded by an inability to write: from egregious grammatical errors of politicians until the return of illiteracy that has become apparent thanks to social media. And this phenomenon is not limited to Italy.

The decline of the Italian language? The youth no longer owns it? In the last few weeks these issues have regained its relevance because of different circumstances: 600 University teachers, among which are several famous names, wrote a letter to the Prime Minister, the Minister of education and the media, stating that “after school, too many young people can’t write in Italian, read a little, and with difficulty to Express their thoughts verbally,” they make “mistakes, inadmissible even in the third grade of elementary school.” Insisting on this diagnosis, 600 teachers decided that the blame for this phenomenon to school, she was too relaxed and liberal in teaching. Therefore, they require that the school was “really demanding on the issue of control of learning and more productive in the pedagogical relationship”.

After this drum, it would seem, a sign of any kind of attack, 600 teachers was limited, however, offer minor cosmetic reforms such a modest scale that it seems not revolutionary Manifesto, and the old note with reminders of the Director of the school their teachers. However, a few days later, as if on purpose, the treatment teachers found gross factual proof: half of the participants a competition for primary school teachers was done in the test a huge number of gross and stupid mistakes.

Anyway, despite the fact that the document itself is written in bureaucratic language is weak, and not all 600 professors are possessors of fine style, there is no doubt that young people are getting worse and worse speak the Italian language. Over several decades of work in University, I was faced with many young people and can confirm from its own experience that the sharp decline of the language and culture among young people became apparent at least since the 80-ies.

This problem can be approached at different levels. If we just want to laugh, you can assemble a collection of the most common spelling and grammatical mistakes, cases of incorrect use of the definite article and so on. We surprised that few people are familiar with the rules of the correct use of apostrophes and accented characters, distinguish the words sì (consent, and multi-purpose adverb) and si (“if”), you know how to write words with double consonants, and cope with subjunctive better than Luigi Di Maio (Luigi Di Maio is an Italian politician, famous for being made in one message on Twitter three errors in the use of the subjunctive mood — approx. TRANS.).

It should be said, however, that gross mistakes are found not only in the language of young people, but also in literary texts. They sin the major media in Italy, where the authors forget about punctuation, about the use of forms of the past distant time in cases where it is needed, and the comma after the treatment I only remember the linguists of the Academy della Crusca. When you approach on a more complex level you’ll be surprised (I assume from my own experience) that none of the student-the linguist does not know the meaning of the words “submissive”, “bezbrody”, “unarmed”, “blasphemous”, “mocking” and similar adjectives. Even more, you might be surprised to know that almost no one can finish saying, seemingly obvious to you: curious Varvara… old horse…

However, if we want a little deeper into the issue, need to say (and to be reminded about 600 teachers) that “Italian” is in decline not as an school discipline. The problem is much wider: in the smoke treated not only spelling, grammar, syntax and vocabulary, but all of the unique mental device (the treasure of the West), which shall be acquired, maintained, evolving consciousness. In short, I’m talking about the system, obtaining, development, use, sedimentation, retention of knowledge and use them in practice.

Someone tries to comfort us, reminding that the decline itself has affected all developed countries. In the book, Alan bloom’s (Allen Bloom), the “closing of the American mind” describes exactly the same phenomena took place in the United States, and the book was published in 1987. So, recently in France in 2016, had legislated to abolish some spelling pitfalls, so many mistakes were made when writing (even educated people). Changed the spelling of a certain number of difficult spelling words (for example, the word oignon “onion” will be writing and ognon). Further, capitulating to the fact that for young people the accent circonflex became exclusively the attribute of the emoticons, it was abolished over the letters i and u (but not on a)! So now the word maîtresse (mistress) will be written as maitresse…

This attempted consolation can be treated, however, as to alarm: mechanisms of knowledge (including spelling) are under threat in the local and global scale, and this is not science fiction. But who is the enemy? We don’t know where they are, but know who. Already at least 30 years, young people are trapped in the world that is both destructive and for schooling, and literacy. Regarding the first point, this world is full of opportunities, temptations, tempting, trap, invitations, calls for an easily accessible experience (including drugs). In short, overall this world is unbearably attractive in comparison with the school, with all that goes with it (patience, attention, repetition, silence), and it’s all lost its edge and seems to be one big boredom. Life outside of school thousands of times freer and richer than what happens within its walls (entre les murs, as the original is a beautiful French film “the Class”).

The ignorance of the generations, already liberated from the school, impact unlimited use of mass digital technologies. Of course, this statement sounds extremely unpopular, but we must agree that the first decade of smartphone usage, which was celebrated a few weeks ago, coincides with the first ten years of the General decline of culture. Ubiquitous on smartphones and tablets everything is constantly written and read, even in the movies, in operating, driving a bus. But as they write? What do they write? What and how they read? Much of all this is pure trash, garbage, scum. In addition, their mental life is rocked by constant unrest, it is constantly failures occur, is dominated by an irresistible desire to press the buttons that are distributed in the network polyculture and practice standard “copy paste”. Everywhere insert emoticons, words merge into one indistinct mass, or reduced, the most insignificant, small moments of life are recorded (including photographs) in the messengers. In short, if we really never wrote much, and the letter itself has never been so devoid of any competent start.

Language decline, so revolted 600 teachers, is thus only one of the faces of the prevailing e-culture, not even which plays the most important role in life. Unhappy school is guilty of this only in part. Accidentally arisen, digital culture of audiences and discos penetrated in professional and public life, starting with the media, she has gained rapid widespread. Enough to listen to the bloopers of TV journalists broken tone, incorrectly placed pauses, the words read with an obvious lack of understanding of them to realize that the virus has a wide scope. Allowing for stupid mistakes teachers of the primary schools is the first ripe, Mature fruits of this sowing.

Will it be enough to four of a minor, hastily signed 600 teachers proposals for the reorganization of the pedagogical process, to offset the effects of catastrophic shifts? What can the school do? Who can resist a computer educational unit from Apple, Google, Facebook, and Pearson headed?

As always, however, when there is a disaster, there are those who take measures to counter. While the school is losing their skills (and the language is melting before our eyes), the most active young people continue to prepare seriously, learn to read and write and use smartphones only when they need them. These young people I know quite a bit. The international spread of home schooling (it is now called) is a tiny but eloquent testimony of this “every man for himself”.