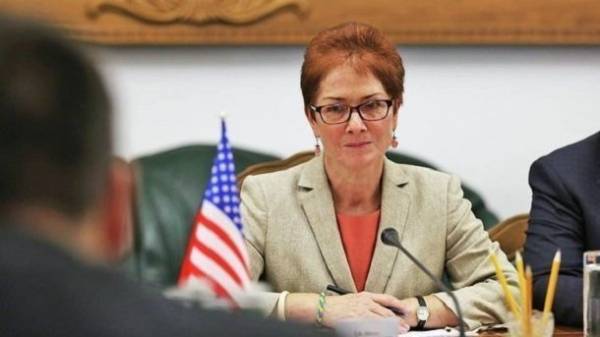 U.S. Ambassador to Ukraine, Marie Yovanovitch believes that the UN peacekeeping mission has not solved all the problems in the Donbas. She stated this in an interview with “New time”, reports UNIAN.

In her opinion, without the necessary political steps to resolve the conflict in the East of Ukraine will not succeed.

“The discussion on this topic is still at an early stage. It is already clear that the peacekeepers should distinguish between soldiers who are fighting on both sides, as well as to protect from hostilities civilians. Peace must bring security. Next, you need to make political steps regarding the restoration of Ukrainian sovereignty in the Donbass”, – said Jovanovic.

She stressed that the problems in the Donbass lot, and peacekeepers will not solve them.

As he told the US special envoy to Ukraine Kurt Volker, introduction to the Donbass UN peacekeeping forces will provide conditions for holding local elections in ARDLA.