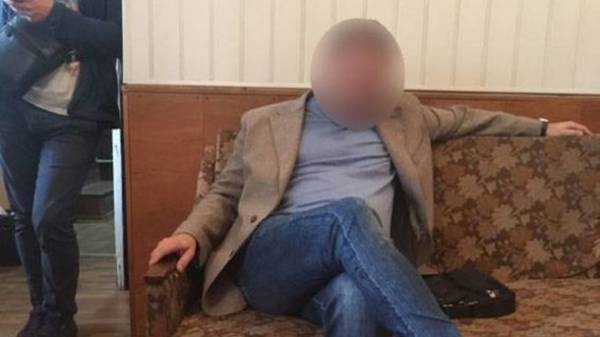 Detained former Director of state-owned enterprises, who is suspected of embezzling more than 6 million UAH. About it reports Department of protection of economy of Ukraine.

“Employees of Department of protection of economy of national police and General Prosecutor’s office of Ukraine detained the officer while trying to cross the state border of Ukraine in the direction of the Russian Federation. In the framework of criminal proceedings law enforcement authorities established that the former General Director of state enterprise together with other officials organized the criminal scheme of misappropriation of budget funds, taken out through a series of controlled companies. In the future, funds are converted using a “dummy” company”, – stated in the message.

As noted, the Prosecutor’s office and the Department of defense of Economics found that for 2013-2015, the state enterprise has concluded contracts with controlled entities at inflated prices for a total amount of UAH 190 mln.

“The funds for implementation were transferred to the accounts of companies with signs of fictitiousness. By such actions the state suffered damage amounting to more than UAH 6 million. Criminal proceedings opened under part 5 article 191 (assignment, waste of property or taking to them by abuse of official position) the Criminal code of Ukraine”, – stated in the message.

Earlier it was reported that security Service specialists of Ukraine together with the Prosecutor General’s office exposed the bribe of the General Director of state Enterprise “Center of certification and examination of seeds and planting material” and his two deputies.