Former Deputy foreign Minister of Poland Krzysztof Stanowski understands and supports the language norm in the new law on education of Ukraine. But in Poland want to make sure that the Ukrainian poles will be able to learn their language.

About this politician said in the website “Today” at the IV Congress of Initiatives in Eastern Europe in Lublin.

In Poland, all graduates are required to know Polish language, said Stanowski.

“It would be dangerous if the students left the schools without the knowledge of the Polish language. I understand why Ukraine is doing it. But the Ukrainian laws guarantee to the minorities learn their own language at the expense of the state. If the law provides such a possibility, no one in society will not be offended. We can’t afford a return to the Soviet tradition to use the language of one nation against another nation”, he said.

Poland’s Ambassador to Ukraine , Jan Peklo told “Today” that is going to meet with the Minister of education Lilia Grinevich. The diplomat wants to see Polish minority will be able to learn and Polish.

“We want to hear from the Ukrainian government that, despite the legislation, the Polish minority will not lose the opportunity to learn their language, culture,” said Inferno.

Because of this rule, the foreign Ministers of Bulgaria, Hungary, Greece and Romania have signed a warning letter to the head of the foreign Ministry . Hungary has appealed to the OSCE Secretary General, the Commissioner of the organization for national minorities and the current Chairman of the OSCE, and the UN high Commissioner for human rights and the EU Commissioner for enlargement and European neighbourhood policy because of the educational law of Ukraine.

The Minister of education and science, Liliya Hrynevych said that Ukraine is ready to send to the Council of Europe for examination the language article of the education lawto confirm the absence of violations of international obligations.

The President of Ukraine Petro Poroshenko September 25, signed the law of Ukraine “On education”. 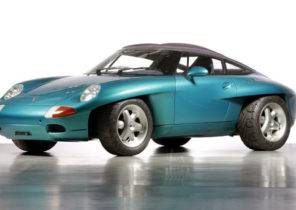