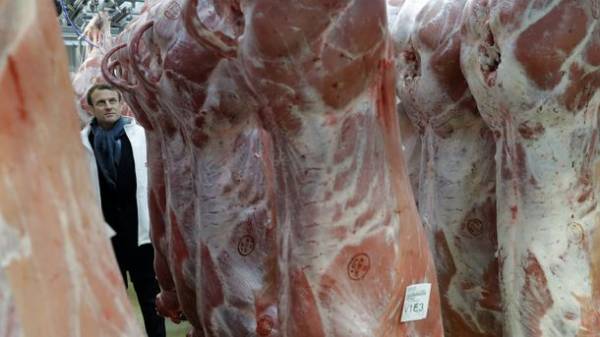 The volume of production of fresh pork in Ukraine during the first eight months of 2017 amounted to 163 thousand tons, which is 4,2% less than in the same period of 2016. This was reported in the data of the State statistics service.

Recall that in Ukraine also decreases the consumption of pork in January-August of 2017, the Ukrainians ate 1.5% less pork than in the same period of 2016. However, as noted in the profile of the Association “the Pig producers of Ukraine”, the export of meat increases with the fall in domestic sales.

As you know, pork in Ukraine this year has seriously risen in price, now the price is comparable with the cost of beef. Experts explain the situation by reduction of a livestock of pigs, by export growth and an epidemic of African swine fever (ASF) in Ukraine.