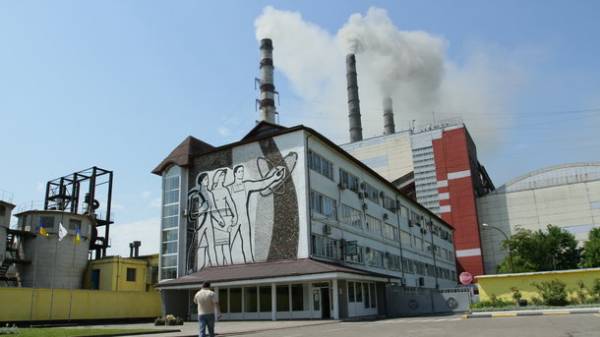 In the Ukrainian provinces have increasingly seen a sad trend: in search of a more stable income and favorable conditions for doing business, many entrepreneurs are moving their power in towns and big regional centers, and even abroad. There in search of a better life are fleeing and applicants, leaving their hometowns in decline. But there are cities whose large enterprises that remain in place, grant “the native land” a chance to revive, regularly filling their taxes to local budgets.

“WHAT CAN I DO?“. In the town of Polonne, Khmelnytsky region immediately struck by the abundance of cyclists. When local residents went to work on are scattered throughout the city factories. However, though the habit remained, the root cause of it has long been lost — a business that year do not work. Thus, the largest producer of crushed stone Polonsky mining plant idle for three years.

The Deputy head of the enterprise George Tanabash says that once the plant was very powerful. “Previously, the company has produced about two million tons per year and poured into the local budget to 80% of all taxes,” he says. But in the meantime changed owners, complains Tanabash, he export of products and equipment for tens of millions of hryvnia. “Not one penny of tax was paid,” complains George. It remains only waste from the production of crushed stone, which the new management is selling to repay debts on a salary to workers.

“Here, I got a text about the arrival of thousands of hryvnia, but all I have 15 thousand”, — said Vasily Dragonera, who worked for several years at the plant by the driver. His wife is disabled, and children because of lack of work who have gone far, “the Son Israel, and daughter in Odessa. What to do in polonnoe?”.

The fact that the town is in decline, very noticeable at the entrance to the porcelain factory — a building long in ruins and overgrown with weeds. Working in the company for 30 years, the artist Valentine Shcherban told us that the plant worked since the NINETEENTH century, produced 30 million pieces per year, but stopped in the XXI century, as the manufacture utensils of clay were unprofitable.

“Killed the plant not so much rising gas prices — though this is one of the main reasons — but the fact that began to import cheap Chinese products,” explained Valentine. Previously, the plant provides jobs for two and a half thousand people, and fed the city, even when collapsed planned economy. Now the local youth due to lack of work runs in the regional centre, and those who remained in the city, instead of the local pottery trade, anything. “Sell Chinese and Russian dishes. Bread earned — and well. Where else would we work? Porcelain no, Creamery — too”, — told us the seller of crockery Hope.

However, Polonnoe remains afloat. Lifeline for the town is decentralized. The city joined in it was one of the first in the country, teaming up with three dozen villages. “The budget of the United territorial community compared to the city budget increased almost four times,” — says the first Deputy head of Polonne Oleg Kulinsky and adds that now the budget of Poloniny replenished mainly at the expense of agricultural enterprises. Positive changes were not immediate, but primarily affected villages. So, in the village of Novoselytsia near Polonne on many streets held lighting repaired and already 40 kilometres of roads. “Divine road now — time to repair, can be tolerated,” confirms a school bus driver Sergei. In the same village at the expense of state and local budgets in the school, installed Windows and bought the multimedia Board.

PULL THE PLANT. A very different picture in the small village of Bovshev in Ivano-Frankivsk. It is booming and now is the richest settlement in the area. It has its own industry, and therefore more opportunities. So, recently in the village have built soccer field where not only playing football, but also conduct physical education lessons. Artificial lawn of the local boys don’t quite appreciate. “Hitting the ground when falling, it hurts more. But the rubber really softens the fall,” they shared with us.

Well-being can be seen by the local kindergarten — there have made repair, have bought new furniture and toys. The preschool itself is surrounded by greenery. “Thanks to environmental resources, we have done in the garden landscaping. We have a fairly good design, we have created”, — told us head of the kindergarten Oksana Dzundza. Under the building of the new extension. “This is a hall for sports and music,” explained head. In addition, more recently the residents Bovshev no need to go to the city in search of a dentist. He comes to them three times a week — this at a local clinic equipped with a dental office. “We have spent equipment somewhere around 200 thousand hryvnias, fully depend on budget, at the expense of the taxes paid by DTEK — he we have the largest taxpayer”, — the Chairman of the village Council Anna occur.

According to her, Bolshevo gets the lion’s share of the environmental tax from Burshtyn TPP, the year is about 28 million UAH. It is also confirmed by the acting Director of DTEK burshtynska TPP Denis Shmyhal. He informed us that in eight months of this year the plant has paid about 224 million environmental tax, and the total amount of taxes paid amounted to 304 million 900 thousand UAH. “The payment of official salaries is the responsibility of the state. It’s the salary of our teachers, doctors, it is the maintenance of the army,” — said Smigel.

Formal employment in the largest thermal power plant in the Western region chose two and a half thousand people. For example, the novel Pidgorny, the best welder of Burshtyn TPP, with his experience and qualifications could work abroad, but chose to stay at home. “How can the government normally exist, if half the country went to earn money abroad and not pay taxes. Need someone to work here and pay taxes. Then we will be in old age provided”, — says Roman.

The village benefits not only from tax revenues. Over the past six years, the Burshtyn TPP has invested in its social sphere UAH 30 million. So, for these funds in the Central city hospital renovated the intensive care unit and a lift and heavy patients now have the opportunity to take to the regional center by ambulance. “In order to conduct a more detailed examination, bought a CT, and for special occasions DTEK bought us an ambulance — he’s not that good”, — told the chief of Department of intensive care Burshtyn city hospital Igor Sicinski.

FOR A START, SMALL. Experts agree that small towns with their industry really is easier to survive, because often it taxes large employers are the main sources of filling local budgets. Today, however, large enterprises are reluctant to enter small towns.

“Vicious circle: the working population of the villages goes to the city, and the business does not want to go to the villages because of lack of manpower”, — explained the Vice-President of the Ukrainian Union of Industrialists and entrepreneurs Yulia Drogovoz. Experts propose to start to establish the work of small business. “Small towns need to attract start-UPS, to create for them comfortable conditions, because small business could become great and to feed my city”, — said the head of the Secretariat of the Council of entrepreneurs Andrei Zablovsky.

Zablovsky cites the example of the Ukrainian manufacturer of drones: “the company started in the garage and in a short time turned into a giant, which operates not only Ukrainian, but also foreign customers.” In addition, the expert stressed that small towns can be attractive for business because there you can save considerably: “In the depths of the land rent is much cheaper so start there comfortable.” In turn, Yulia Drogovoz believes that to attract big business in small cities it is necessary to solve the problems of the economy as a whole: “the Government needs to make efforts to promote innovation and to create a comfortable and transparent conditions for doing business. Then come to us not only Ukrainian, but also foreign investors, which will distribute power to the regions”.