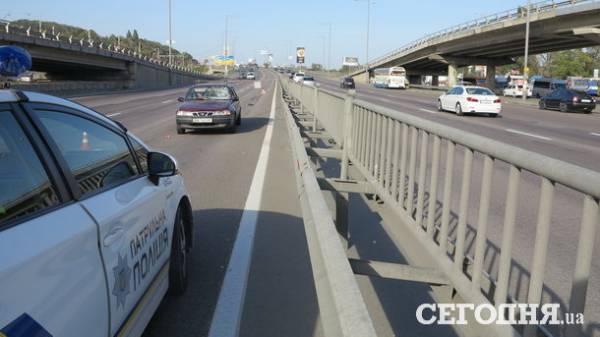 Companies involved in bringing cars from USA, Canada and Georgia have noted an unprecedented increase in demand from Ukrainian drivers in cars from American auto auctions. As told in the companies, prikonaya custom cars, compared with a year or two earlier, demand increased by about 50%, writes UBR.

As a rule, such cars are sold beaten, but much cheaper than similar models in Ukraine. And that is not unimportant, are imported quite legally. Thus, in contrast to the European you can get a car with low mileage and more fresh — 2-4 year old.

“All vehicles are driven legally. Recorded and then placed in registration on the Ukrainian rooms. When the official registration of relations with the police and customs are normal. This business differs from cars in the European rooms, when the unclear legal status of the car. And if a car something will happen to prove the involvement of the owner of the car will be impossible”, — said the head of the company-“priganice” Pavel Denisov.

The delivery of the car from the States about 2-3 months. Of Georgia order will be processed in a week, but in fact it will have the same repaired “Americans” from the auctions and more expensive by a few thousand dollars.

Most often, the Ukrainians bought machines of world famous brands: Toyota, Honda, Lexus and VW. But they, of course, not limited. Mainly on imported vehicles class Euro 5 up to 3 l petrol and 2.5 l diesel — for them, Ukraine has a preferential customs clearance.

After selecting a car the client will have to pay a Deposit of 10%, but not less than $ 400. The balance to be paid in the next three days. Take the car to the port of Odessa, so “meet” the purchase will have personally. But to clear you already the place of residence.

Also price also depends on such variables as transportation in the USA (with the venue of the auction to the port), state taxes, etc.

In addition to the cost of the car at the auction, the buyer will need to fork out:

Some companies take security Deposit of $ 1,000., if the person refuses to pay after buying a car at auction. The Deposit is returned to the client after payment.

“If in the car after purchase you need to invest more than 1.5 thousand dollars, get in touch with so we do not recommend. Ukrainians often try to understate the customs value of the car in the invoices, but the customs pick up on it quickly. Other problems on the borders with such machines does not occur”, — said the owner of the company AvtoUsaDnepr Konstantin Kravets.

Careful should be the clients and while you select the company-mediator. In Ukraine divorced a lot of companies are scams, which you can remain without money, and without a car. First and foremost, experts recommend to ask those who are going to bring you the “iron horse” history of activities of the company. Simply put, ask to see what cars they have already delivered, can they show, and whether the reviews of real customers that you can call and forget to ask.

It is worth considering that in Ukraine (and Georgia) settled many bought, who are riding very broken American cars by the hundreds, fix them up and sell much more expensive than the real cost. Here, again, come to the aid of the check the insurance history of the specific car.

The risk for the client in the fact, experts say that auctions are not responsible for the condition of the car and sell it “as is”. Choose to have photos of the lot and its description. As a result you can not buy a car in that condition, which was expected by the buyer.

“It’s worth noting that in the American auctions people are trading from all over the world, most cars are exported, and some unscrupulous people use it. Buy cars that are in demand after a severe accident, and they make the cosmetic repairs, after which put them again for sale at auction. Inexperienced players often fall for this trick. Slang such machines are called “dolls”. It is important to check the history of the car, documents of the seller. Otherwise, you can bring a car, and a piece of iron” — somethinsomethin company Atlantic Motors Oleksandr Osadchuk.