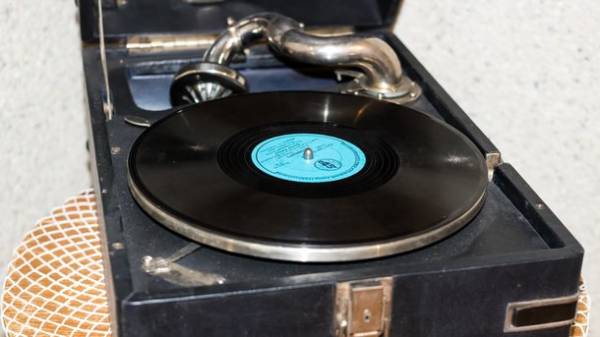 Exactly 130 years ago the world saw the first batch of records. And now they are experiencing a rebirth: in the background of the dominance of CDs and MP3s, people returned to the cult of vinyl and give the album a decent amount of money! And it’s not just that rare releases, for example, first press (first edition) audiophiles willing to pay a few thousand dollars. Attention to the format, focus and the musicians themselves, who, in addition to the usual modern formats, release a record on vinyl. The next round of the spiral of history and wonderful players are back in fashion!

“Today” decided to delve into the history of vinyl and find out which came first — the needle or the record?

The first man felt the rhythm: he gets in a primitive likeness of a tambourine, and his tribe shaking their fists, danced around the campfire. But the man grew up, his posture improved, and the tastes and abilities have evolved, and came XIX century. Everyday life consists of primitive types or record — the music box. To write down the tune that plays in parallel with a rotating ballerina, craftsmen used a metal disk, which inflicted a deep spiral groove. In certain areas of the grooves made a special point to deepen the fossa, the location of which corresponded to the melody. Therefore, when the special clock spring mechanism brought the disk in motion, the magic happens: a sharp metal needle is slid along the groove “reads” the sequence of the plotted points — and there was music! 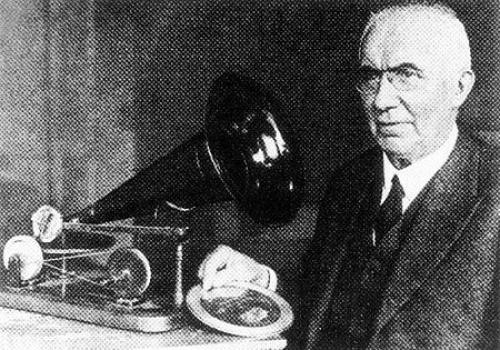 Emile Berliner first proposed to use the disk

Then came a very important in this story 1877: it was then that the Frenchman Charles CROs proud scientifically substantiated the principle of recording sound on a drum, and Thomas Edison invented and patented the phonograph — vaguely reminiscent of the phonograph a device through which you can do the recording. After 10 years, technologists have produced the first mass circulation records. Thanks for this is the American Emile Berliner — which, in fact, suggested to be used for recording media in disc form.

Working on his revolutionary idea of the first Berliner built and tested a device Charles CROs, proposed 20 years ago, using a plate of zinc instead of chrome. He also replaced the rollers with disks of metal matrices, due to which it was possible to replicate a copy. With their help and pressed gramophone record. One matrix gave the opportunity to print a circulation of not less than 500 plates that significantly reduced the cost of production and therefore the cost of production. This was the main advantage of the gramophone Emile Berliner in comparison with the wax cushions Edison — who succumbed to replicate with great difficulty. This invention is, of course, was still far from what was later recognized standard records. But it was a perfect basis for further developments.

Ebonite did not fit

The next ten years the brightest minds of science pored over how to optimize the process of pressing the records and make it less costly. The ebonite used in the technology at first, was too expensive, so it decided to replace shellac is a special wax-like substance that produces tropical insect (not to be confused with a manicure of the XXI century). Due to this, in 1897, the Victor firm in the United States published one of the first true record.

These shellac records were produced for a long time, right up to the mid-twentieth century — until they survived with the production of cheaper and shatterproof — vinilit (copolymer of vinyl chloride and vinyl acetate), i.e., vinyl. 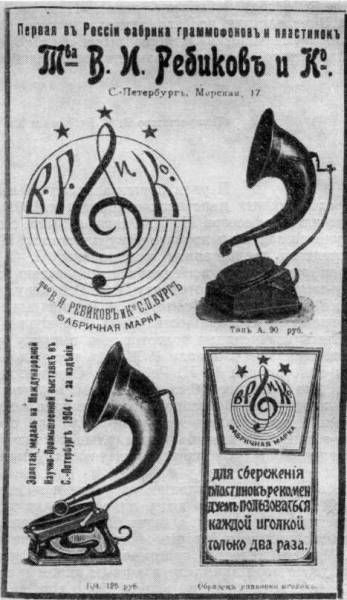 With the beginning of the twentieth century and has accelerated the evolution of audio. First, in 1903, there was a double-sided plate, and then began to produce 12-inch drives. They fit right up to five minutes of sound! Precious space was given to the classics — recorded excerpts of the works. Then there were two “caliber” — a 10 – and 7-inch hard drives.

But even with this abundance of forms in the records was a major drawback: they soon fell into disrepair. The fact that the cartridge weighs more than 100 grams, and because of this, the carpet wore out quickly. Also, after each use it was necessary to change the steel needle — that people, of course, did not, for saving.

After some time, in the late 1920s, something happened that called revolution: instead of the recording method through the mouthpiece began to use electro-acoustic method — a microphone. This significantly expanded frequency range more than two times (50-10, 000 Hz)! This helped to enrich the sound of the record, to make it less “popping”.

In the 1930-ies the plate came out with one song on one side. But since the audience wanted more music, often a concert performer was sold in the form of a set of plates — several pieces in a cartons. By the way, because of the resemblance of these boxes with the albums they were called record albums (“albums recordings”). 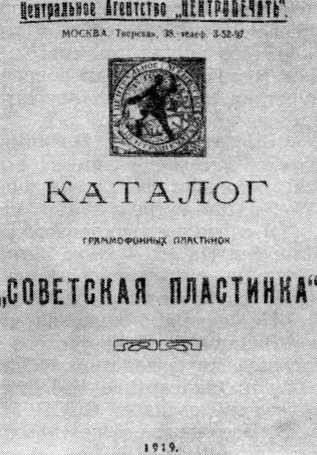 LP: a new format to deal with bobbin

In the middle of the twentieth century there was a second revolution: in 1948, the largest at the time and one of the oldest record companies in the U.S. Columbia for the first time issued a so-called long-playing record or Long Play (LP). Now, putting a single drive under the needle, you can listen to 30-40 minutes of your favorite music! But the release of long-playing records in the first place, is not so much a desire to please the lover as the desire to put a spoke in the wheels of competitors — manufacturers of the tapes in coils (bobbins). To win the price and not lose sound quality, the engineers chose as the basis of new material — vinilin, or PVC. This innovation made it possible to bring the album to a whole new level of quality. First, the range of recorded frequencies is now even wider, and second, the noise level was much lower. This remained true timbre of the sound that was a revelation for music fans and for musicians.

THE NEW APPARATUS. The emergence of such records led to technological change. The fact that the LP was intended only for electro-acoustic playback — using electromyographically and the store. Needle in electric pickups pushed the plate is much smaller. Accordingly, the width of the groove in which it has to penetrate, become less, the speed of rotation, too, and the album could live longer.
In the Soviet Union still continued to turn shellac records here, for the first vinyl came about when the US listened to them for two years. But liked the Soviet recording studios long-running format in which started out the lion’s share of the material. Over time, we have our own Columbia — firm “Melody”: it opened in 1964, after the decree on submission of all recording studios, the Ministry of culture. “Melody” brought together Union and a peripheral recording Studio, factories for the production of records and wholesale trade base — in short, subdued all one structure.

JAZZ ON THE RIBS. What distinguishes the Soviet trade shock is the fact that it, like all Soviet has passed the stage of “no thanks”. At that time, as the ideology of the banned “Tunes” replicate “the Beatles”, the youth still managed to have parties with dancing to the songs of these British. This occurred due to underground recording studios, which in the 1950-ies and 1960-ies in the USSR was recording material for large format x-ray films, the quality is reminiscent of a PVC. Hence the famous phrase “jazz on bones” or “music on bones”: these homemade recordings in everyday life are called “ribs” or “records on ribs”. Because of strict censorship, these “ribs” was the only way to hear many popular Western musicians. Therefore, the true fans always knew where to get them, and very carefully treated. But such plates were still impractical in storage: the film emulsion eventually dries, causing curled, and they ceased to be fit to play. 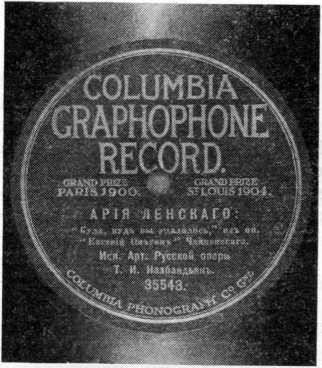 Our time: a rarity for a $200 thousand and a jump in sales of turntables

In the 1980s, when the whole world went mad on cassettes, vinyl industry predicted complete extinction: well, wait 30 years, and records you will only find in a Museum or in the attic. However, surprisingly, the opposite happened, and this is proved by statistics: the modern vinyl sales have reached the level of the last century! British Phonographic Industry has estimated that the implementation rate in 2016 reached the level of 90-ies. A year in the UK sold more than 3.2 million vinyl records: this figure was previously recorded only in 1991.

And although vinyl is still a niche product for advanced music lovers (2,6% of the total music market), the dynamics of its sales speaks for itself: they grew by 53% compared to 2015, while sales of CDs fell by 12%.

Among the records the case, of course, is not limited to — increasing demand for players. It is known that significant sales have soared in recent years: in 2015 — 1.4 million fans, and in 2016 — about 2 million.

RARITIES. The individual hunting audiophile is a special and rare editions, sales of which have intensified with the development of the world wide web. Their prices can range from a penny to the cost of the mansion! The most expensive position in the history of The Beatles record albums which collect more than others. The first place among the other curiosities is a drive by the Liverpool group The Quarrymen — the same group of old school buddies, created by John Lennon, which after a few years turned into The Beatles. The cost of the plate 1958 varies in the range of $180-200 thousand

The second most expensive old vinyl can be called Bob Dylan
his second Studio album, The Freewhelin’ Bob Dylan in 1963, is worth $10-40 thousand Closes the Trinity, the most expensive vinyl albums collection the Velvet Underground & Nico 1966 group, which was produced by Andy Warhol. It costs $25 200.
OUR. Now to listen to on vinyl can and Ukrainian musicians — Jamal, “Okean Elzy”, ONUKA, Monatik, and others. To pay for this pleasure you will have from 750 to 1200 UAH. 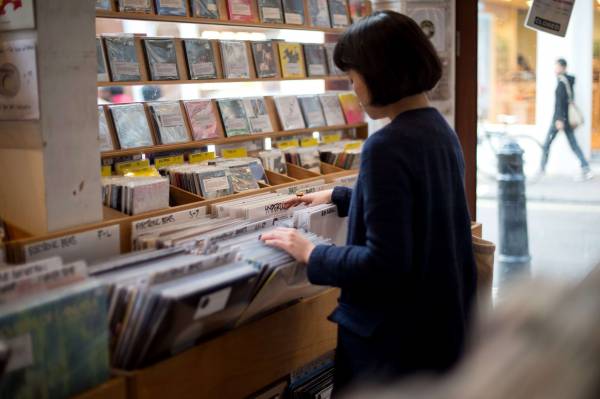 Dynamics. Over the past year in the UK sales increased by 53%