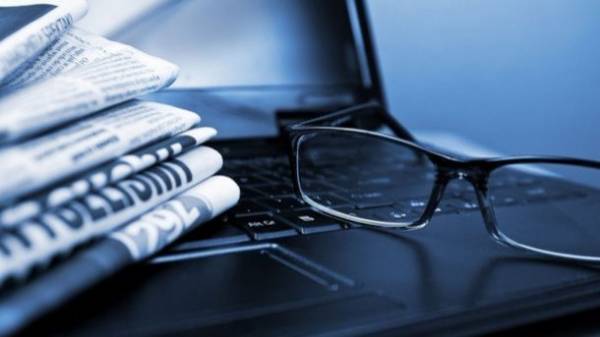 23 times over the past day the militants of illegal armed groups fired at positions Armed forces of Ukraine, no casualties among the troops, the press center of staff ATO.

10460 persons subject to conscription for military service in October-November – so decided, the Cabinet has allocated for these purposes UAH 34.4 million. Of the total number of recruits of 6.36 thousand people will be sent into the Armed forces, 3,5 thousand – in the National guard, and another 600 people in the State special service of transport

30 thousand Hasidic pilgrims from 14 countries arrived in Uman for the celebration of the New year – Rosh Hashanah. Law and order in the city provide about 500 police, they help the 17 employees of the Israel police. The iconic event will be held September 20-22.

$200 million on special confiscation in such amount promises to announce the General Prosecutor’s office, we are talking about tools that link with the ex-President of Ukraine Viktor Yanukovych and his entourage. This was stated by Prosecutor General Yury Lutsenko.

7123 person was detained from the beginning of 2017 law enforcement for corruption offences, the case 2222 of them was transferred to the court, said Prosecutor General Yury Lutsenko.

$5 billion in the same amount of “Naftogaz of Ukraine” and its six subsidiary companies have estimated his losses from illegal seizure by the Russian Federation of the group’s assets in the Crimea. The lawsuit was filed in the generated by the Permanent Court of Arbitration at the Hague Tribunal. The court’s decision in the case is expected before the end of 2018.

declined by 7.5% of the scarce reserves of anthracite coal in the warehouses of Ukrainian thermal power plants during the week from 13 to 20 September, to 513,3 thousand tons, have informed in the Ministry of energy. At the same time stocks of gas coal decreased by 12% – 800,6 thous. In General, the stocks of solid fuel in warehouses of thermal power plants dropped 10 percent, to 1,314 million tons. Earlier, government stated that the passage of the next heating season to accumulate by mid-October of 1.8 million tons of anthracite and 2-2. 2 million tonnes of coal gas brands.

645,65 million UAH were attracted to the budget of the Ministry of Finance on a scheduled weekly auction on placement of bonds of internal state loan (government bonds). Including 200,89 million UAH are involved in the sale of hryvnia bonds with a maturity of 1 year and a weighted average yield of 14.35% per annum, 444,76 million UAH – bond period of 3 years with a yield of 14.5% per annum.

180 thousand tons of buckwheat is planned to collect this year, according to Minagropolitiki. The volume of domestic consumption – 150 thousand tons. Thus there are no objective conditions for the growth of prices for this popular cereal.

61-63 million tons of this expected gross grain harvest in 2017 in Ukraine. Production of major crops this year greatly exceeds the needs of the Ukrainian market, according to Minagropolitiki.

no less than 248 people were killed in Mexico a strong earthquake with magnitude of 7.1 points. However, about 100 people died in the country’s capital – Mexico city.

137 km is the length of the new railroad, which was built in Russia to bypass Ukraine. Earlier trains from the Central part of the country in the South double-crossed the border with Ukraine in the Luhansk region.

12 people arrested by national military police of Spain during searches in the offices of the Catalan regional government – law enforcement officers carried out an operation on the collection of evidence in the investigation of the referendum on the independence of Catalonia, which is scheduled for 1 October. Among those arrested was the head of the Department of Economics, Vice-President of the regional government. Also, the Central government sluggish control of all finances of Catalonia.

20 billion euros , Prime Minister Theresa may will offer the European Union for the country’s withdrawal from the Union. Thus London will be the Brexit negotiations out of the impasse.