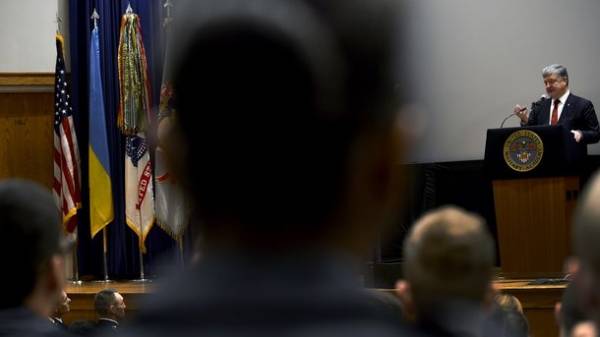 President of Ukraine Petro Poroshenko has held a meeting with President of the European Council Donald Tusk during which the two sides discussed the situation in Donbas and the prospects of the deployment of the UN peacekeeping mission in the occupied territories of Donbass, the press service of the head of state.

“Interlocutors discussed situation in Donbas and coordinated positions on the Ukrainian initiative in the deployment of the UN peacekeeping operation in the occupied part of Donbass. The President of Ukraine thanked for the decision to extend sanctions against Russia”, – stated in the message on the website of the President of Ukraine.

In addition, the parties discussed the issue of de-occupation of the Crimea, giving him special attention, and prepare for the November summit of “Eastern partnership”, which will be held in Brussels.

Earlier it was reported that the macron called for an effective ceasefire in Ukraine.