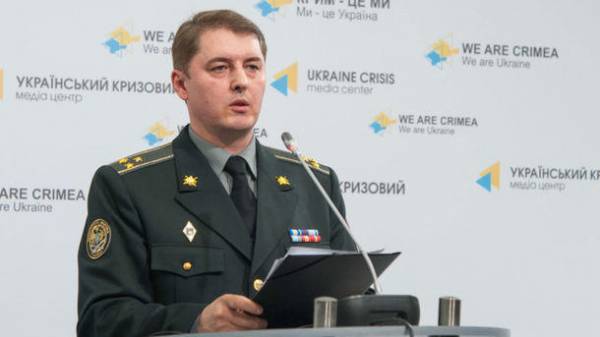 The head of the clinic of psychiatry National military medical clinical center “Main military clinical hospital” Colonel Oleg druz will be dismissed from his post for alleged controversial remarks against members of ATU, and this incident will be tested. This was at the briefing said the speaker of the Ministry of defence Col., reports UNIAN.

“Now being tested, including according to his statement, which has gained very wide publicity. Now check, what, in fact, the data generally relied on our military doctor, when voiced by such statements, and that was the impetus for such statements. Where he took this data, and in General studied the problem by our military physicians,” said Matusevich.

He noted that while will last test, the psychologist is removed from office.

“When he voiced that statement, we must carefully listen to what he said in line with international experience, you know, and it is obvious that certain words were taken out of context by some Internet users. And so now we all check, but in any case such statements, as you know, they are unacceptable,” – said the speaker of the defense Ministry.

It is noted that we are talking about what he said on 19 September in the Committee on health.

“As evidenced by international experience, the combatants return to civilian life can be a threat to their families and to society. According to statistics, 98% of them need skilled support and assistance as a result of combat stressors. Disorder fighters have a high level of conflict, increased aggression, low capacity for work intensification and the development of chronic diseases, alcoholism, drug abuse, antisocial behavior, increased levels of suicide, reduced life expectancy,” reads the statement, posted Information Department of the Verkhovna Rada of Ukraine on Youtube.