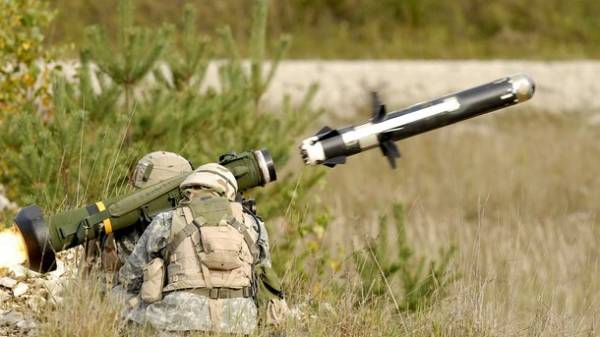 The US Senate passed the US defence budget for 2018 and $ 500 million is provided for support of the security sector and defense of Ukraine. It is not directly said about lethal weapons, but the President of Ukraine Petro Poroshenko said that American money should go on him.

“The draft law authorizes the granting to our country of lethal weapons of a defensive nature. For the first time at the legislative level it is proposed to provide Ukraine the following defensive tools: radar air defense and surveillance of the surface situation, naval anti-mine vehicles, ships, coastal actions, and coast guard,” — said Petro Poroshenko. Also, according to him, the money can be spent on the rehabilitation of wounded Ukrainian servicemen in the United States. “Today,” found out when we can get half a billion and that it will be enough.

PROBLEMS IN GETTING. The law is not a guide to action. It has yet to sign the American President Donald trump. But if there is a hitch, lethal defensive weapons Ukraine will be able to get to the end of the year, experts say. The fact that the USA new fiscal year starts October 1, not January 1 as we do. However, there is one “but”. “The President signed the document can continue to use the opportunities that are inherent in the bill, and may not be used. As in the previous laws on the defense appropriations. For example, the law for 2017 was spelled out: allocated Ukraine $ 50 million on anti-tank systems. But Obama did not use it”, — said the “Today” analyst of the Institute of world politics Nicholas Beleskov.

WHAT YOU CAN GET. According to American diplomats, the chances of Ukraine to obtain a defensive weapon when trump is much higher than under Obama. “As I understand it, the us government, there is a large support of providing Ukraine with some weapons, said, “Today,” former U.S. Ambassador to Ukraine Steven Pifer. — I don’t think that USA will give F-22 Fighters (multi-role fighter of the fifth generation. — Ed.). But, for example, anti-tank missiles FGM-148 Javelin Ukraine can get. Interestingly, as for me, three years ago Obama had the same point of view. But then all was quiet. And now this says Ambassador Walker, senior advisers trump. Also joint U.S.-European command and control of the Pentagon are encouraged to provide lethal weapons. It should be the decision of the President, let’s see how it will be. But I think now is the favorable time. The position of the Ukrainian army has improved, but weapons she needs are talking about the Ukrainian military. And it will be further proof of the support of the West.”

If at least half of $ 500 million to be spent on the supply of anti-tank missile systems Javelin, Ukraine will receive about 900 missiles with launchers. According to the Pentagon in 2013, they bought the Javelin for about 260 thousand dollars each.

Experts huge plus referred to as the offset in the Senate bill focus on strengthening the overall defense capability of Ukraine, not just the land component. “I would say that the us help in the naval sphere we are more critical than in the land, — the expert believes Nicholas Beleskov. But the question arises, whether they will give us their boat coast guard. Talking about their deliveries went this year. A situation that Ukraine will not need as many offshore platforms for launching missiles, how many anti-ship missiles. A couple of hundred “of Javelinas” we do not make the weather, but a couple of hundred American anti-ship missiles would improve the situation. Enough even missiles Harpoon or Naval Strike Missile”.

CONSEQUENCES. The decision of the Senate may cause a new wave of Russian propaganda, which I will try to justify its aggression in the Donbas Ukrainian army States. But a serious aggravation of the situation, experts do not expect. “The only reaction, which may be a RF — wave propaganda and hysteria in the media. The high increase in the number of attacks in the Donbass”, — said the military expert Oleg Zhdanov.

That Russia does not dare to serious aggression, on the sidelines of “Yalta European strategy” said “Today” and representative in the Trilateral contact group, second Ukrainian President Leonid Kuchma: “the Decision of the Senate, the situation did not provoke. On the contrary, the militants will know that the Ukraine will resist their unpredictable actions on the border and on the frontline. This is by far. Because they are considered strong. Why Russia is so free to act in Crimea and the Donbass? Because he knew that Ukraine is not ready to respond.”

A former U.S. Ambassador to Ukraine John Herbst said that Russia soon will show aggression if the West shows weakness.

“What we know is that the lack of escalation from the West leads to more violence. Putin invaded Georgia, but the real reaction from the West followed. Putin annexed the Crimea, and was followed by a very weak sanctions. And only after military intervention in the Donbass, we have seen serious sanctions. There is always the danger that Russia may go into escalation. But we also see that Russia is always going to escalate in the face of the weakness of the West,” said Herbst.

Political analyst Volodymyr Fesenko believes that lethal weapon is just a tool in the dialogue with Russia: “trump is a supporter of the power tools. When it is US policy on this issue has moved from tactical concessions to defensive positions. Now a lethal weapon, their trump card. If on Donbass all will be quiet and peaceful Ukraine can not see it. Because Russia is not interested in the escalation of aggression.” 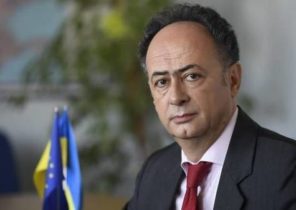