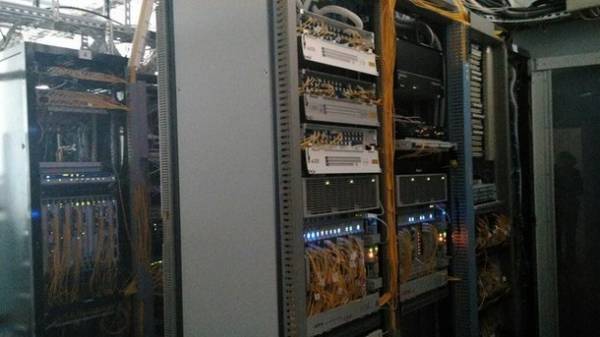 Employees of the security Service of Ukraine revealed a number of Ukrainian telecommunication providers that provide the illegal routing of Internet traffic in the so-called “DPR/LPR” who temporarily annexed Crimea and the unrecognized Transnistria.

As the press center of the SBU, the security services found that the executives and management providers, knowing public danger and outright anti-state character of their actions, provide transit traffic, particularly at uncontrolled by Ukraine territories of Donbass.

“Technologically, the transit traffic going through the connection channels of communication with Russia to the networks of the domestic telecommunications node and then sending it to Donetsk provider who served openly anti-Ukrainian information web-resources “Chapter” and “Council of Ministers” pseudo-education “DPR/LPR”,” – said in the message.

The SBU stressed that such actions of officials of the Ukrainian companies to cause serious damage to the national security of Ukraine as “Russian special services actively use the Internet for special information operations against our country, including using its “puppets” in ORDO”.

Staff of SBU documented illegal activity of national providers who carried out the routing of Internet traffic not controlled by Ukraine territory than actually served the anti-Ukrainian information operation by Russian special services and their controlled organizations “DNR” and “LNR”.

During the searches in the premises of the providers in Kyiv and Kyiv oblast, Dnieper, Odessa and Kharkov police seized computer equipment and documents confirming the unlawful activities.

Open criminal proceedings under article 111 (high treason) and article 258-3 (creation of terrorist group or terrorist organization) of the Criminal code of Ukraine.