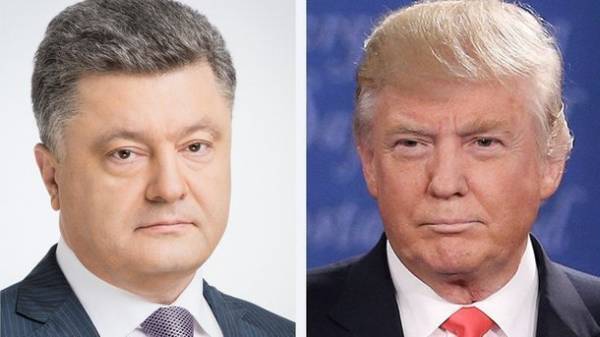 The meeting of the presidents of Ukraine and the USA Petro Poroshenko and Donald trump will be held on Thursday, September 21, in new York.

This was announced on Friday, the adviser to the President on matters of national security Herbert McMaster, reports “UKRINFORM” with reference to Reuters.

“The US President Donald trump will hold a series of meetings with world leaders at an extraordinary meeting of the UN General Assembly next week in new York,” reads the news report citing the White house.

In particular, as noticed on this occasion McMaster, the meeting of the head of the White house with the President of Ukraine to be held on Thursday, September 21.

In General, the trump in the next week will hold bilateral meetings in new York with the leaders of France, Israel, Qatar, Jordan, the Palestinian National authority, the United Kingdom and Egypt. In addition, on Thursday, trump will also meet with the presidents of Turkey, Afghanistan, and will have lunch with the leaders of South Korea and Japan.

As reported, Ukrainian President Petro Poroshenko next week in new York, where he will participate in the work of the 72nd session of the UN General Assembly.