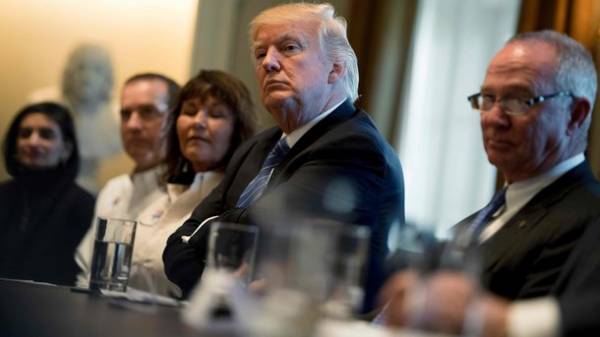 The President of the United States Donald trump commented on the explosion in the subway of Saint-Petersburg. A video response to trump was published by the journalist of CNBC Steve Kopak, – the “Gordon”.

“A terrible event. It happens all over the world. Absolutely terrible,” trump said to the reporter.

Trump on today’s blast in Russia: “Terrible. Terrible thing. Happening all over the world. Absolutely a terrible thing.” pic.twitter.com/ndZwo22Nc5

As reported, today at about 15.00 on the Kiev time in St. Petersburg’s subway between stations “Institute of Technology” and “Sennaya Ploschad” the explosion occurred.

On Monday afternoon in the St. Petersburg underground there was an explosion. According to the National antiterrorist Committee (NAC), 9 people died and over 20 were injured. According to the Minister of health of Russia Veronika Skvortsova, in the blast 10 people died, 37 were hospitalized. The RF IC opened a criminal case under article “terrorist act”, the investigation will test other versions of what happened.