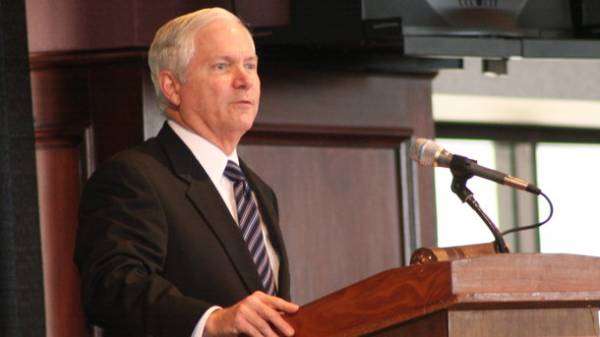 The decision of the Congress of the United States on sanctions against Russia was a mistake. This was stated by former Minister of defense (2006-2011) Robert gates at the 14th Annual meeting of the Yalta European Strategy (YES), organized by the Victor Pinchuk Foundation.

“I think the big mistake Congress could make that decision on sanctions. It is, in fact, deprive any turning back, leaves the administration to trump up very little space: to reduce the pressure on Russia and the tension between USA and Russia. It was a mistake, as the prospects for improving relations are very removed,” said gates.

Former head of the Ministry of defense is convinced that Donald trump, has taken over the post of the President really wanted to improve relations with Russia, but Vladimir Putin has made a number of steps that made impossible the normalization of relations.

Recall, August 2, the President of the United States Donald trump signed a law on new anti-Russian sanctions. The sanctions include fines for the European companies, in particular, will cooperate with the Russian “Gazprom” in the implementation of the gas pipeline “Nord stream – 2”.