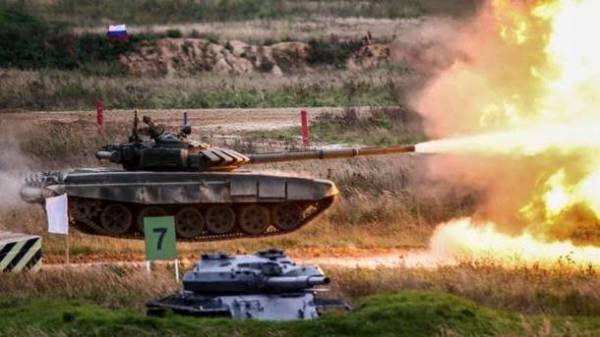 Ukraine insists on the observance by Russia of obligations on cease-fire and called on Russian officials to publicly punish those responsible for ceasefire violations. This was reported in the Facebook press Secretary of the Ukrainian representative in the Tripartite contact group (TAG) Leonid Kuchma Darka olifer.

“The Ukrainian side called on Russia and ORDA to comply with its obligations to respect the cease-fire. Due to shelling civilians suffer. Children can’t attend school. In jeopardy are the main objectives of the school truce – the safety of children during the school year,” she wrote at the end of the Skype-conference of the subgroup on safety of the pipeline.

Also olifer said that the Ukrainian side demanded that Russia and the militants, that every case of violation of the cease-fire by ORDO was investigated and the perpetrators publicly punished.

As told by the coordinator of group “Information resistance”, the military expert Konstantin Mashovets, Russia is interested in disrupting the “school of the truce” in the Donbass.

Horoscope for may 17: one of the signs of the zodiac plans change