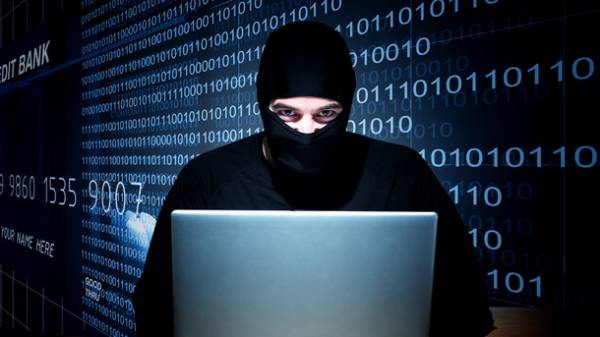 The Cabinet approved the cyber security Strategy for 2017. “Today” has read this document and find out how it will build cybershit of the country.

Recall the last time was hacked several websites of government agencies. For example, in February the attacks were the sites of the national security Council and the main intelligence Directorate of the defense Ministry, and in may last year, hackers posted a “greeting” Lviv “DNR” on the website of the regional administration. One of the “white hackers” Eugene Dokukin, cooperating with the security forces, recently gave a stunning statistic: in recent years, was hacked 84 the Ukrainian site, of which 57 are state — owned. However, only in January of this year, the attacks were 20 resources. Head of postal and telecommunications Sergey Demediuk clarifies that about 80% (!) of websites vulnerable to hackers.

TEST OF STRENGTH. One of the first tasks in the Strategy is to inspect the reliability of informsystem in state agencies and the critical infrastructure (the latter includes nuclear power plants, thermal power plants and others). In addition, to create indicators of security: for example, a complex password of 12 characters, the complicated access to the “admin” of the website of the Agency etc. According to the latest data of the SBU, the number of attempts of attacks by hackers are increasing. This was recently declared by the chief of staff of the head of the SBU Oleksandr Tkachuk. At the same time in the secret service told us that may soon have a new threat. “There is information that the Russian government is recruiting hackers who would be able to attack the energy sphere, transport system, infecting websites and other resources spetsversii. We are struggling with this, otherwise previous attempts of hackers could lead to widespread blackouts and chaos in transport”, — told in SBU. He added: “All these attacks and attempts — the links of the chain called “war”. Therefore, to deal comprehensively with the threats you can help Strategy.”

Another vulnerable area that drew the attention of security officials, banking and payment system. To deal effectively with crime in this area, the developers of the Strategy instructed to create SBU and national Bank special Center incident response of cyber security in the banking sector. Such a center should be created throughout the year. What will be the state and where will the funds for the salaries of employees is not yet known.

YOUR HACKERS. According to the Strategy specialists who are responsible for cyber security of state resources, defence and security, promising to reward and encourage for the sake of quality work. The document also instructs the defense industry to develop advanced training programs for students of military and law enforcement higher education institutions which will help to prepare ciberespacio and counterintelligence, owning modern technologies.

Personnel and salary. Experts disagree on how effective the strategy is. So, one of the leaders in the interior Ministry said that many of those in state agencies supported the work sites — not a Pro in this matter, and doing “in combination”. Therefore, no matter how correct a document, the authorities may face shortage of personnel — skilled cybersecurity experts is not so much, they are unlikely to agree to work for a small wage (now no more than 3500 UAH). Evaluation consultant at digital security Nicholas Kostyana, it’s too small salary.

At the same time, the head of cyber Police of Ukraine Sergey Demediuk said that now there is a bill that prescribes liability for managers who carelessly would treat cybersecurity: “the Strategy is excellent, the complex is expected to be good results”.