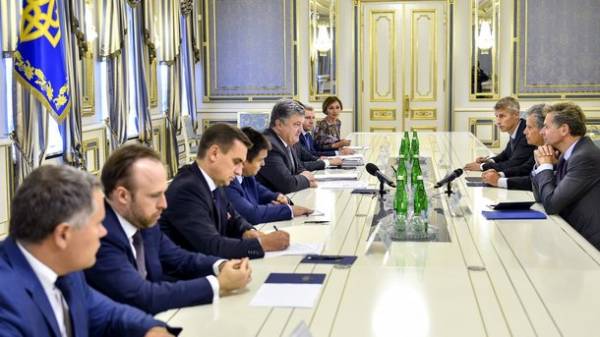 The President of Ukraine Petro Poroshenko and first Deputy managing Director, International monetary Fund (IMF) David Lipton have discussed prospects of implementation of the Memorandum of economic and financial policies. About it reports a press-service of the head of state.

“The sides discussed prospects of implementation of the Memorandum of economic and financial policies in the context of the provision of the next tranche of Ukraine in the framework of the mechanism of the extended financing”, – stated in the message.

Lipton stressed that Ukraine should take advantage of the positive improvement in the domestic economy to complete the reforms and stable growth, and also noted the high dynamics of cooperation between IMF and Ukraine.

Poroshenko, in turn, noted the important role of the IMF to implement reforms in Ukraine. The President also stressed the importance of establishing an effective system of combating corruption in Ukraine.

Deputy Director of the IMF David Lipton is in Kiev on an official visit on September 12-14.