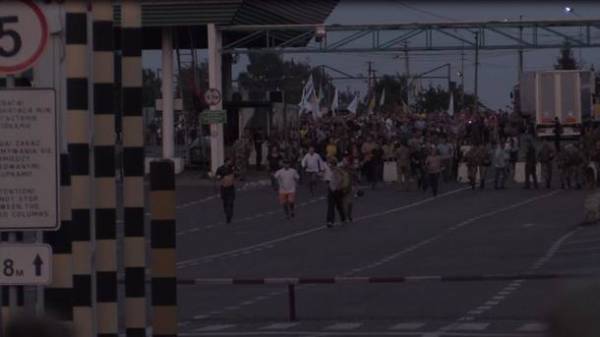 During the incident at the checkpoint across the border “shehyni” (Lviv region) illegal break a group of aggressive persons across the state border of Ukraine and related to him the fight were injured, 11 police officers, according to the Ministry of internal Affairs of Ukraine.

“11 police officers received injuries of varying severity,” – said in published on Sunday evening on the website of the Ministry of internal Affairs of Ukraine on the social network Facebook clarified.

The Agency said that the protesters, trying to pass through the boundary line of the cops, knocking them to the ground, law enforcement officers were injured.

For medical assistance, 11 police officers, of which five workers of the patrol police and six soldiers of the regiment of special police. Doctors diagnosed them closed head injury and a thorax.

At the scene the police conduct the necessary priority measures and documents the circumstances of the incident. The results of the events will be given a legal assessment of the actions of each of the participants.

Earlier it was reported that the former President of Georgia, former head of the Odessa regional state administration Mikhail Saakashvili managed to cross the border and enter the territory of Ukraine.