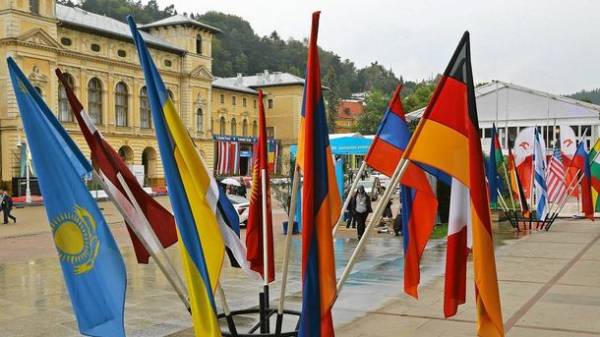 The second day of the Economic forum in Polish Krynica-zdrój will take place under the sign of Ukraine. How, in fact, the first. But today the greatest number of discussion panels with the participation of Ukrainian politicians and experts. Before noon, the discussion will take part the third President of Ukraine Viktor Yushchenko and speaker of Parliament Andriy Parubiy, the Chairman of the Ukrainian Parliament will meet with his Polish counterpart Stanislaw by Karczewski. To discuss Ukraine will continue in other venues in the context of Russia’s aggression, the future of Europe and NATO. Closer to the evening, former Prime Minister of Lithuania Andrius Kubilius will present forum participants a Marshall Plan for Ukraine, which has already received the support of most European capitals. Now you need to EU leaders at the summit gave the European Commission the mandate to implement such an investment plan of assistance for Ukraine, there is a great chance.

The annual Economic forum in Krynica-zdrój is also called “Polish Davos”. And this is true on the scale and height of the flight guests it is not inferior to the Swiss. For the first time the economic forum in Krynica-zdrój in Polish Beskids passed 27 years ago. The idea is to compete with the world economic forum, which is held annually in winter at Davos, belongs to Zygmunt Berdychowska – the former Deputy of the Polish Sejm, at the time, participated in the underground activities of Solidarity, for the struggle against communism was arrested twice and sentenced to imprisonment.

The meeting this year is held under the slogan “Project Europe – a recipe for the next decade”. And the point here is not so much the question “is there life after Brexit?”, how many of the problems of the unity of the European Union. The President of Poland Andrzej Duda, opening the first panel discussion “the incomplete integration of the European countries” the first day of the forum, don’t stint on the harsh criticism of the official Brussels. “We repeatedly hear that the EU is prohibited – said Andrzej Duda. – When the member countries of the EU will be “thrown back” from the decision-making, and those countries that want to join the EU will not get the European perspective is the beginning of the end of the European Union. It is necessary to revise the internal European policies: less restrictions, less bureaucracy, to prevent subsequent “brickcity”.

That the European Union needs structural reforms, say long. Even the President of France Emmanuel macron during the election campaign promised to present his vision of the reform of the EU. He is now actively working on this project, not really like Berlin. Don’t like Berlin and the excessive initiative of Warsaw, which the EU wants to be on a par with Germany and France. This, according to some participants, wanted and London, which ultimately resulted in Brexit. But you need to take into account the fact that the entire British media Empire of the tycoon Rupert Murdoch worked for the promotion of Brexit, for which he highly praised the Russian media.

But it must be noted that Poland, unlike Germany, was able to establish contact with the new occupant of the White house. The most “honest” Russian media see this as a purely pragmatic approach trump, say, someone in Europe must sell liquefied petroleum gas and missile defence Patriot. The beginning of deliveries Poland and the US agreed during a visit by trump in Warsaw on 6 July. But, in addition, the US President participated in the summit Crimora, passing, thus, a kind “Hello” to Berlin, which he mercilessly criticized. As already I wrote “Today”, Trimore is an Association of 12 countries between the Baltic, Black and Adriatic seas. The initiators of its creation, Croatia and Poland saying it’s economic and infrastructural Alliance. In the report “the Adriatic-Baltic-Black sea – a vision of cooperation,” which was prepared by Polish experts with the support of the Polish foreign Ministry, says the construction of the motorway Via Carpathia, which will connect the Greek Thessaloniki with the Lithuanian port of Klaipeda. In these Napoleon’s infrastructure plans and the Ukraine. For example, the poles propose to build the road Odessa-Gdansk, which can become part of the “Chinese zone” (the idea of the PRC on unification project “silk road” and “Maritime silk road of the 21st century”). There are Poland and Croatia ideas on infrastructure and energy projects with participation of Ukraine, which main goal is to reduce dependence on Russian energy.

“Timoria response to this challenge is embodied in the project North-South Corridor, which will connect the existing LNG terminal in the Polish świnoujście with the Baltic coast on the one hand, and the future LNG terminal in Croatia on the other. In particular, the Corridor will require the construction of three additional gas Interconnector: the Polish-Ukrainian and Polish-Slovak, will both be completed by 2020, and the Polish-Czech, the deadline of construction is yet to be determined,” reads the report.

But notwithstanding the deep involvement of Ukraine into the Union of the “Three seas,” at the July summit of Trimeria to Warsaw, which was granted by trump, Ukraine was not invited. Official Kiev was extremely indignant, though mind and didn’t submit, because during his visit to Ukraine in 2016 just in time for Independence Day August 24, Andrzej Duda was personally invited Ukraine to join Timaru. Possibly, all business in Germany, which is not much like the new Union of the “Three seas”. And Berlin known as the “main Fuhrer” Normandy format. So maybe it’s better that Kiev was not represented at the July summit in Warsaw, not much to irritate Germany. On the other hand, relations between Ukraine and Poland are experiencing not the best times.

For anybody not a secret that Warsaw and Kiev have different views on the role of UPA and head of the OUN Stepan Bandera. But politicians have always managed to agree to leave historical issues to historians. Until recently it was, if not for sharp attacks Poland to the Ukraine. This issue was dedicated to one of the discussion panels during the first day of the forum in Krynica – “Poland-Ukraine. In search of a new model of cooperation”. Polish experts operated the fact, they say, Poland’s first in 1991 recognized the independence of Ukraine, which served as the Foundation for future good-neighborly relations. Along with this, they quoted the words of the head of the Polish foreign Minister Witold Waszczykowski and head of the ruling party of Poland “law and Justice” Jaroslaw Kaczynski that Bandera and the UPA in Ukraine to the EU do not wait. However, the experts agreed that Poland will have to accept the views of Ukraine, its history, and Ukraine, with views of Poland in its history. Follow their example of Polish politics – time will tell.

*More about the Ukrainian-Polish relations, the historical context and the common future of Ukraine and Poland read tomorrow in an interview with the Director of the Polish Institute of international Affairs Slawomir Debski for “Today”