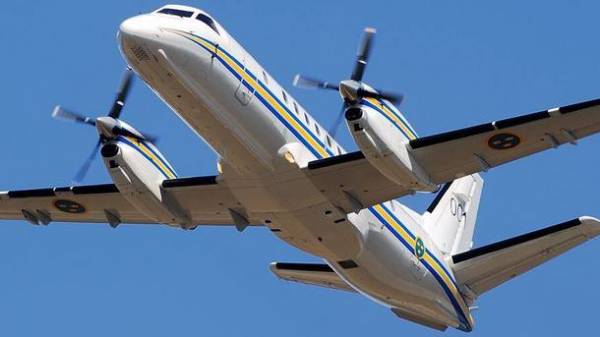 A group of international observers of Sweden, Czech Republic and Spain during the week will make an observation flight over the territory of Ukraine, the press service of the General staff of the Armed forces of Ukraine in Facebook.

According to the Department verification of the armed forces, observers have already arrived in “Borispol” on SAAB 340 aircraft (OS100) of the Swedish air force. The group consists of 15 people: 9 – from Sweden and three observers – from the Czech Republic and Spain.

The purpose of the event – perform observation flight over the territory of Ukraine for the development of openness and transparency, facilitate monitoring the implementation of existing agreements in the field of arms control. The materials obtained during the flight will be handled in Sweden. The observation mission will work in Ukraine until September 8.

The flight will be carried out in accordance with the plan of verification activities under the international treaties and agreements in the field of arms control and the decision of the Advisory Commission on open skies regarding the distribution of active quotas for observation flights in 2017.

Earlier it became known that the mission of the United States and Ukraine will conduct an observation flight over Belarus and Russia.