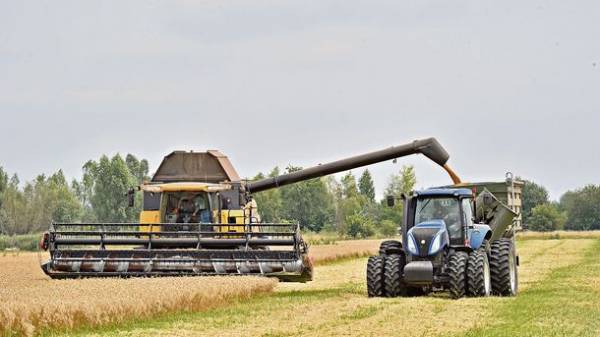 Less than a month will formally enter into force on the large-Ukraine agreement on free trade with other countries is the EU. In fact it shall apply from 1 January 2016, but with quotas. And just as was announced by Deputy Minister of economic development and trade Natalia Mykolska, our country since 1991, duty-free trades with 45 countries of the world. 23% of the countries on the globe. A lot or a little, and with whom and what we sell without taxes, I find “Today“.

FIGURES. According to the state service statistics, the largest trade turnover with the countries of Europe (only 28 countries). The trade volume reached in 2016, $15.9 billion in exports and $18.1 billion in imports. Followed by CIS countries (7 countries) — sell at $11.4 billion, buy $11.3 billion, respectively, That 75% of the total sales and 76% of total purchases.

Major trading partners are Turkey and Israel (negotiations), a small — Georgia (FTA operates since 1996), Macedonia (2001), Montenegro (2013), Iceland, Liechtenstein, Norway, Switzerland (all of 2012) and Canada (FTA enters into force from 1 September). According to statistics, the volume of trade, including duty-free, with this ten — no more than 2%. Also, our business may use the General system of preferences the U.S., which provides for duty-free exports from Ukraine up to 5000 types of goods.

EXPERTS. But analysts are still skeptical about the success of free trade.

“The FTA should be a tool to achieve a purpose, not just to create it and calm down. The goal of Ukraine — to increase sales of their products, attract investors to open their production in our country, and not in another, in which there is no FTA, says economist Ivan Nikitchenko. — Therefore, if the country has created favorable conditions for doing business, the FTA begins to actually work against her. Because it opens its market to more developed countries, and to increase its exports to these countries. While Ukraine almost does not use all the benefits of the FTA — any news about the opening of small factories, but the massive arrival of manufacturers. While no visible activity with the countries of Africa and Asia, where Ukraine is traditionally strong positions on the export”.

THE EXCHANGE OF GOODS WITH THE “KIDS”. The volumes of duty-free trade with small countries (Montenegro, Liechtenstein) were small. The small trade with Montenegro: exports — $1.13 million (products, primarily grain and sunflower oil), import — $4,88 million (non-ferrous metals, wine). The most significant with Switzerland: the $123 million we sell (grain, honey, nuts, eggs), and $458 million, we buy (watches, clothes, fuel, sulfur). Our duty-free imports from Iceland (fish, seafood $31 million) in a record 116 times greater than our exports (wood, furniture, fixture $265 million).

According to the economist Alexander Okhrimenko, Ukraine should seek an FTA with major partners like Turkey and Egypt, the turnover of which exceeds $2-3 billion and where we sell more than we buy.