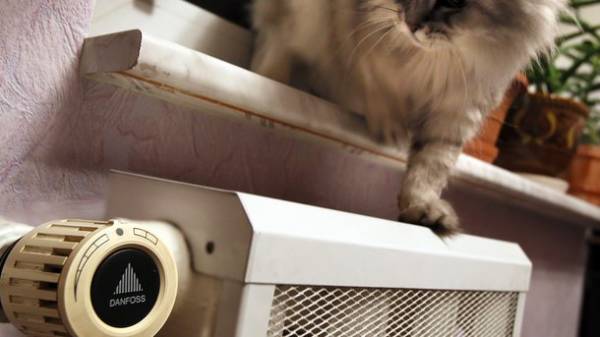 Forced Ukraine’s path to energy efficiency can help residents save money. With the help of the state, specifically the state program of the so-called warm credits, the essence of which compensation of part of expenses for insulation, replacement gas boilers, solid fuel and so on. On total a press-conferences the head of the Saee Serhiy Savchuk has provided data which showed that gas consumption decreased by as much as 30%, and this is not the limit, given the trends in the transition to other types of fuel — pellets and briquettes in rural areas and private homes to electric heating in cities.

“We started the program of warm loans from scratch with compensation 20% for non-gas boilers installation, says Savchuk. – Today we have 35% of the total compensation to individual households for insulation and from 40 to 70% for condominiums. Investment in the economy — 4.5 billion UAH. And the money went for equipment and materials, 95% of which are made in Ukraine”. According to the Saee, warm loans used 330 thousand families, who were compensated UAH 1.6 billion.

THE HEAT OF THE CITY

So far, however, warm credits focused on the installation of solid fuel boilers for private homes. High-rise residents only warmed — program participants were 1121 condominiums that have spent more than 183 million UAH, of which more than 57 million, the government compensated for. However, bills for heating still high — the old network, huge losses, many accidents. Output, however, is electric heating. Gas boilers and Central heat exchangers can be replaced, for example, high-voltage induction electric boiler. According to experts, such system can reduce tariffs for the population due to the difference of electricity and gas by almost two times.

“By order of the city Council Novodnistrovsk we have completed the audit and design documentation on arrangement of a boiler-house in the 4200 kW with heat storage for heating multiple objects of social sphere, — said the representative of LLC “special technology group” Eugene Smeshko. — This will allow the city to save annually almost 700 thousand cubic meters of gas. Experience with the use of such boilers in Norway or Italy can and should be transferred to Ukraine”.

The Saee supports: it is clear that the solid fuel for high-rise buildings is nonsense. “Some cities have already crossed the point of no return district heating, — stressed Sergey Savchuk. — Uzhgorod, and a number of cities in the East of Ukraine. Unfortunately, to restore already impossible, so the population considers it is the boilers that provide the opportunity to receive energy at a discounted nightly rate, which is two times lower than the day”.

The only problem is that the installation of electric boilers is not included in the program of warm loans, so the population and the public sector has to find money independently. But now officials are working to identify the city’s problems in a Central heating. After that, says the head of Saee, prompted the initiative to add warm credits the installation of electric boilers that will save the expense of a night tariff. “This is economically justified, the night we have free electric power, energy is much cheaper,” explains sawchuk.

Such a decision will open the way for apartment owners. Recently in the village of Chaika, near Kiev, the experiment was conducted in a two-bedroom apartment was testing the heating system and hot water. 3 weeks of active work in February and March, consumption was 437 kW is 27.8 kW per day (as much in a month consumes 100-watt bulb).

“The payback in the apartment is a single heating season, — says the technical Director of PJSC “Company sprout” (system tested) Vitaly Aleshin. — To go quickly on heating, the desired attachments. No warm loans not everyone will be able to do it.” Although there are options: expenses can take on the energy service company. “It will Finance project development, procurement, installation of equipment, replacement of wiring, connecting, monitoring, explains the communications Manager of the DTEK ESKO Anton Kovalishin. — Return of investment for the savings. For the residential sector is 2-3 hryvnia per square meter per month”.