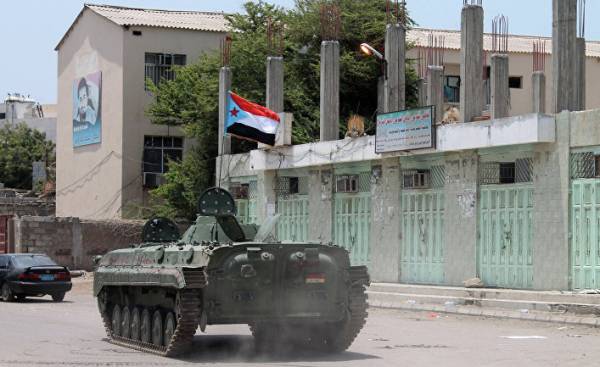 There’s no doubt that the war in Yemen will not come to an end or in the short term, or even in the foreseeable future. The case is extremely uncertain and the time frame for it is difficult to establish. There is no doubt that in Yemen there is a real strength and plan how to deliver, no matter how much it exhausted the blows of the Arab coalition. Sana continues to rotate in all directions, showing miracles of cunning, and is advancing with firm steps in fighting on the ground in the lands of Saudi Arabia, as well as at sea, where Saudi Arabia threatens international marine channels. Sana also does not relax the liberated areas, which are permanently located in the state of stress from the likelihood of falling under the feet of Sana’a. Inside and around it there is an incredibly intricate security belt and any ant will not be able to encroach on the sanctity of sovereignty.

Sana is not sacred, it will not compare with the cities that represent the essential meaning of human civilization. The city we are talking about, turned into dust. Sana is not Iraq and the Levant, it could not compete with the greatest history of some towns of this region. However, Sana’a has its own specifics, which she has as a result of complex internal interactions, is the power of unity in achieving the goal, is cohesion. As for the Arab coalition, it is fighting in Yemen with money and weapons, but have few followers.

After the failure of the Arab coalition plans to introduce from abroad the government that would cooperate with them, should urgently take action. Then there was a big problem in the failure of countries to move their troops to fight outside of their state. Sana, however, came with the troops, fighting fiercely. It was the injustice and oppression of the people of South Yemen, southerners rose up to battle with ferocity.

Widening the circle of hostilities on the part of southerners — a clear indication that southerners understand that to protect themselves, the root of all evil you have to beat him at his own holes. The Arab coalition shedding the blood of Yemeni fighters, using their interests, which is very far from the romantic notions of these soldiers. On the other hand, Yemeni soldiers bring the human resources of the Arab coalition to exhaustion, thereby swinging at her from achieving her goals.

This war is too dirty to be just a crime or just destruction. In the future it will give rise to revenge, grain which has sprouted in many souls. Already waiting the day of reckoning, which will come equally and to the South and to the North. This war has left on the cheeks of both peoples scars that time will not help to forget. Weeping stood everywhere: in every home, in every family, in every city. Once under the shadow of the misconceptions of this war, no region can no longer belong to themselves, even after the war ended. The war came from the outside, it weeds sprouted on paper first, and then spread in all directions.

The realization of their dreams in this war do not see neither the South nor the North, and survived it there is only the restraint and patience. The Arab coalition will find themselves trapped in the grip of the South and the North, and at the same time under the threat of the hammer of the refusal to accept her actions by stronger States. The consequences of her negative actions affected many countries in the region, their nerves and vital strategic artery, without a doubt, will cause them to move in the opposite direction from the Arab coalition.

Let’s ask ourselves, what power is this coalition on the map is the strongest?! How long it will keep its balance?! Legally its endless presence in the land, sea and in the air?! How long millions of people will suffer from hunger, disease, poverty, and wandering, asking for help?! How long in all the Yemeni land occupied and liberated, the people will suffer from low level of security of life, health, and education?! This applies to all life companies. It is those who support Saleh and those who support the Houthis, and in relation to each party need to show respect and to hear their opinion.

In Syria de Mistura has strayed, not being able to resolve the problems in this complex of bustling region, where most of the troubles were hunger and mass migration. He couldn’t raise his hands, immersed in the body of Syria, which was dismembered under the guise her own safety. All those who supplied the soldiers and weapons, contributed to the fear reached the point when he made his way to the depths of the country adjacent to Syria and the state beyond it, when they saw the power fighters, their faith and the blood that flowed from the lips of one who had eaten the liver of the enemy.

Today, de Mistura has come, all parties yesterday rejected his proposal. Today he’s sitting far away, and pulls all the strings, and the warring parties are fighting around him as students. We won’t talk about the legitimacy of Russian interference, its presence in the region and the objectives which it pursues. As well as will not consider, what will happen to Syria in connection with the Russian intervention, which contributes to increasing Stripping supporters of the regime and the opposition in different directions, and those who reject the status quo, become the target of the scorching Russian fire.

Ismail Ould Cheikh Ahmed also sits far away, and it will also come the parties in the conflict. Around it will be spinning two teams to solve all questions, not only to rectify the situation in the field of politics and security. In these two areas, the problems have become a tornado, sweeping away everything in its path in the ongoing process of struggle. This time at the negotiating table will be supplied with basic questions about the reasons for which war broke out, the fire where you will be able to put out only a solution that is fundamentally acceptable to all. Yes, to penetrate to the real roots of the problem and cure it.

Russian interference in Syria was legitimate at the request of Bashar al-Assad. But Russia’s intervention in Yemen is difficult to call it illegitimate. It is legal and against Hadi, and to those who supported the coup. The intervention presented in such a way that its purpose was to prevent the transformation of Yemen to the territory of the threat of violence. To prevent the anxiety that began to appear in large countries. To prevent the death of millions of people during the war. To prevent complete collapse of the state in which cardboard belonged to legitimacy of Hadi and the position of the rebels seemed like a big farce.

In order to prevent the intervention of Russia, which today clearly indicates this, the Arab coalition is necessary to take serious measures. Russia is moving in the Yemen, helping people in Sana’a. The most important question at such moments: can Saudi Arabia and the UAE to manage political and military dossiers, as well as other issues, which obviously float on the surface? Do they have enough wit to come out victorious, or we will receive the same fate that befell Iraq and the Levant? Once again we were not prepared for what international conflict resolution into the hands of Russia. Given that intervention against the backdrop of the struggle between the two parts of the state, this fact seems to be convincing for him to justify. 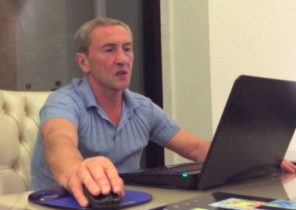