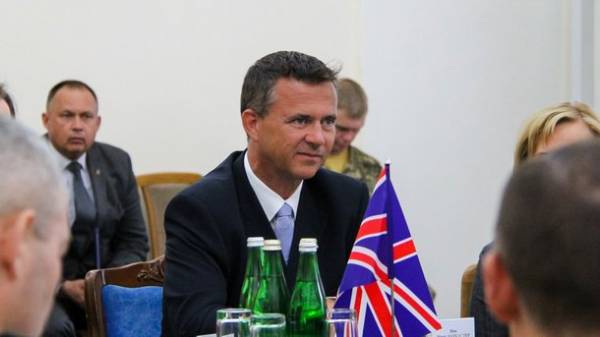 The UK is ready to consider proposals of the Ukrainian side about the provision of assistance to the Armed Forces of Ukraine.

As the press service of the defense Ministry of Ukraine, today, on August 31, Minister of the Armed forces of the UK, mark Lancaster during a meeting with the Minister of defence of Ukraine army General of Ukraine Stepan Poltorak in Kiev, said that the British military participation in the parade devoted to independence Day of Ukraine was another signal of support to our state.

Also, according to him, this demonstrated the commitment of Britain to the efforts of a relatively consistent support for the European security.

In addition, Mr. Lancaster thanked the Minister of defense of Ukraine for the opportunity to meet with the British and the Ukrainian military, who are trained together in the framework of the program “Orbital”.

According to him, the position of the British side regarding the provision of assistance to the Ukrainian Armed Forces is flexible.

“We are ready to consider proposals of the Ukrainian side regarding other areas of assistance,” — said the Minister of the Armed forces of the United Kingdom.

As reported, on Thursday, August 31, arrived in Ukraine’s armed forces Minister of the UK, mark Lancaster for meetings with the British and the Ukrainian military as part of operation “Orbital”.