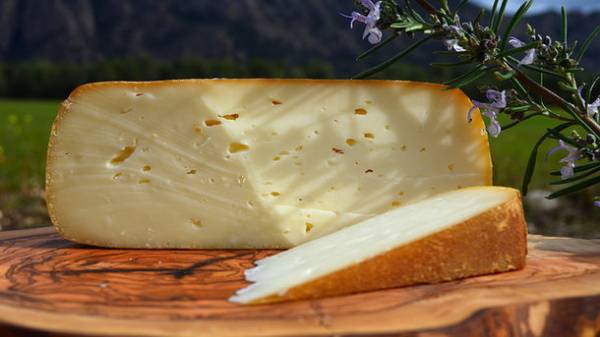 The study researchers found that probiotics contained in the varieties of Swiss cheese – especially the Emmental and Gruyeres slow down the inflammation in the body, thus strengthening the immune system, according vesti.ru.

Emmental cheese, traditional Swiss cheese made from cow’s milk, for example, contains a Propionibacterium freudenreichii bacterium, which converts the lactate to acetate, propionate and carbon dioxide. While acetate and propionate are known for their immunomodulatory properties, especially when they are in the human gut.

The scientists added that the important for immunity probiotics are found in other dairy products, but not in such quantities, as in the case with cheese. Moreover, in a study conducted at the round worms, were able to see that Swiss cheese can most strongly influence lifespan by combating the pathogenic bacteria that provoke inflammation and cause a stress response in the body.

However, this study is not only dedicated to the study of the use of cheese for our body. Not long ago, scientists from Texas A&M University that the consumption of cheese with mold can increase life expectancy by 25% and, moreover, reduce the risk of cancer of the liver, protecting the body from damage. All this is made possible due to the content of moldy cheese spermidine – substances that scientists call “the future elixir of longevity”.

Cheese protects tooth enamel, forming around each tooth of the thinnest film, and normalizes the acid-alkaline environment in the mouth. Moreover, it did not happen in the case of consumption for the participants of the yogurt without sugar or milk, obviously gives cheese special properties in comparison with other dairy products.