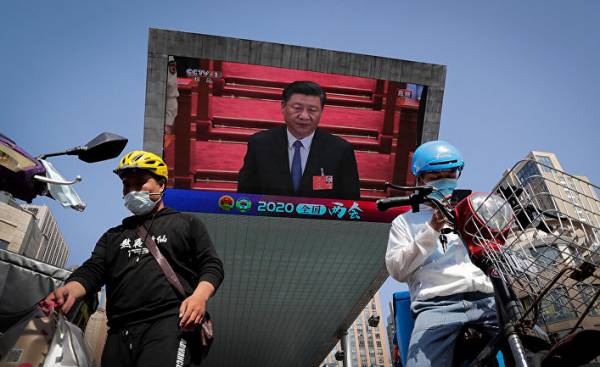 June 1, 3 days after the statement of the President of trump, entered into force a ban on entry into the United States of Chinese students and professionals who work for the Chinese government.

Although the ruling only applies to the natives of China, it is hardly a strong example of China-bashing, as it covers the strength of 3 000 Chinese (in American universities for at least 360 000), mainly graduates of prestigious Chinese universities for the Sciences, which is often called the “seven sons of national defence”.

Such a move would incur the wrath of the fighters against racism, which so many in the American University environment. However, in the period of the coronavirus image of China XI Jinping is so faded (held in late March poll, two-thirds of Americans hold a negative opinion about it) that this resulted in only a slightly weak protests from Democrats, the more that the desire to protect campuses is part of an effort by the White house in response to future security act, which is intended to use in Beijing, in order to silence the opposition in Hong Kong.

There is a temptation to present it as the withdrawal of the first world power, given that the belief in the superiority of the market goes hand in hand with technology transfer, and only in one direction, as for China and the United States since the beginning of globalization. Anyway, all this to say even about short-sightedness and the blindness of those who transfer technology, but turn a blind eye to the intentions of their recipients.

With purchased (or stolen, if you believe the allegations of Washington) technologies China was able in just four decades to industrialize to which “the developed countries took several centuries”, as proudly stated XI Jinping in November 2018.

Happy globalization applauded the “Chinese miracle” that brought out of poverty millions of Chinese, although some still whispered that people with potjazhelevshie purse not necessarily in the heart of freedom. The imported technology of the digital age led to the formation of a “state of Frankenstein”, which was no longer satisfied with control over their own people and trying to counter-attack on democracy.

Anyway, the Asian giant is difficult to blame in that he concealed his intentions, since Mao founded the Republic openly took the strategic concept of geopathology Wei Yuan (1794-1857) in respect of foreign science: “to Adopt high technology to the barbarians, to better control them”.

This Confucian reformer of the nineteenth century appears in all Chinese school textbooks, though little known in the rest of the world. His main work “the Illustrated geography of Maritime States” was published in 1843 after the First opium war. In it the thinker advocated the introduction of Western technology to save fade the Qing Empire.

His ideas were developed to deal with the Western powers and focuses on the superiority of China. All Western countries were viewed contemptuously Wei yuan as “barbarians”.

To manipulate the history of the country to better manage it — the heirs of Mao has consistently included Wei Yuan in the school curriculum, regardless of their own political views, although sage Confucius regularly entered in their favor: one time about his name even wiped his feet, although later in his honor and was named a network of more than 500 party-funded institutions on five continents (as acknowledged in the government, they are “important elements of propaganda abroad”).

The ideology of the Communist regime seeks to remind the Chinese experts, in particular those who work in the sphere of high technologies that the ultimate goal of their work is to serve the country and fight the West. The father of Chinese space program Qian Suesan (1911-2009) is red propaganda as a national hero, followed by America during the McCarthy era.

Official media likes to glorify the courage of one or another scientist, who chose the land of the Golden expanses of uncle Sam. The last half dozen years, Beijing aims to bring back scientists to the country and makes it a tempting offer. In particular we can note launched in 2008, the program “1,000 talents”, which aims at attracting high-level professionals.

Interestingly, this project, which until recently were the pride of Chinese universities (they were lucky to have studied abroad and rare gems), has become a taboo subject inside the enclosing Chinese Internet the “Golden shield” has been removed from the search engines. One of the reasons for such a sharp turn, apparently, was shown the FBI interest published the names of Chinese talents.

This did not come up even Orwell

In this perspective, the Chinese principle of the XIX century (“to adopt high technology to the barbarians, to better control them”) acquires all its meaning. Redefining in its own way Marxist theory, the last large Communist country follow the population with the brutal efficiency that I could not imagine even Orwell. All this became possible thanks to technology that came from the West in exchange for specie.

China, XI Jinping, spreading wings and trying to take advantage of its totalitarian system, to better “control” who gave him these technologies.

Contempt for international law in territorial disputes in the surrounding seas, the violation of UN embargoes, the failure of the principle of reciprocity in trade with Europe, a derogation from WTO rules, attacks on human rights — guided by real politics “barbarians” were willing to dismiss it while coming from China coronavirus have not put them on their knees.

The ban on issuing visas to Chinese scientists was yet another sign that Washington is losing its “soft power”? It is unlikely that all this will be very caring us government in standoff with Chinese rival in the geopolitical games after covid-19. When brute force threatened the salvation of the soft appear to be vain or even self-destructive step.

“A specter is haunting Europe — the specter of communism.” 170 years after these words of Marx on both sides of the Atlantic really is haunting this taken out and then brought the phantom with “Chinese characteristics”. 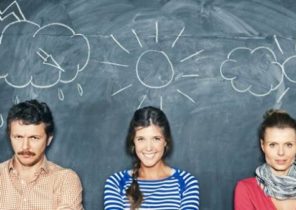