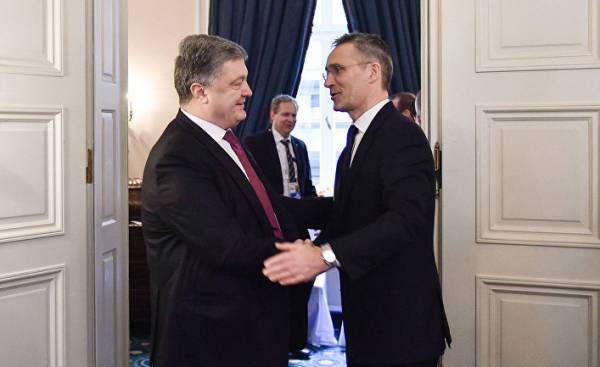 The word “disarmament” was alien. The world is arming. At the head of the marching process of NATO.

Set a goal: by 2024 all countries-members of NATO should spend on military spending at least 2% of their GDP. This means that before the manufacturers of the weapons opens up bright prospects. Happy Secretary General Jens Stoltenberg stated that the countries belonging to the Alliance, “gear”, and military expenditure is spent more and more money: “there is a tendency to growth, and our goal is to keep it.” However, there is a danger that in the zeal aimed at compliance with the US and President Donald trump, large sums will be invested the wrong way, and the money will be carelessly spent on new weapons.

More unpredictable Russia makes it necessary to maintain a defense on a reliable level. As for Norway, it is a necessary modernization, which will require new investment. But it also is about priorities. The task of the Norwegian armed forces — to protect the independence and sovereignty of Norway. And then the question arises: do we really need a monstrously expensive F-35, which is designed primarily to attack enemy territory, and not to intercept the planes invading Norwegian airspace.

In Germany, the NATO requirement of arms buildup is part of the ongoing campaign for elections of the new Reichstag on September 24. The Christian democratic defense Minister Ursula von der Leyen favours a significant increase in the military budget. The social Democrats, the SPD is against it. If Germany achieves its goal of 2%, then spending on defense needs will increase with 40 to 70 billion dollars a year. It’s more what it spends on defense is Russia.

The spiral of the arms race, which now moves the world, hyped primarily Russia’s annexation of Crimea and Russian support for the rebellion in Eastern Ukraine. There is every reason to condemn something like this happened. But in order to have conflict you need two sides. Western support for regime change (or revolution), when in February 2014 he was removed from office elected President Viktor Yanukovych, has caused great uncertainty and led to the occupation of the Crimea. There was a clear concern that NATO, primarily the United States, will soon be able to take control of an extremely important base of the Russian fleet in Sevastopol in the Crimea — although it does not justify the occupation.

Since the collapse of the Soviet Union to relations with Russia too much was typical smug Western arrogance. Cultural differences are great, each other simply do not understand. For the Western countries the extension of NATO to the East is the result of the right of each country to determine for itself which Alliance it go. “NATO does not threaten anybody” — this is the position.

But the Russians see an aggressive enemy who is closer and is struggling to surround their homeland. The next step would be Ukraine, and it would mean the objects of NATO less than 50 miles from Moscow (1 Norwegian mile = 10 km — approx. ed.). It scares Russia, where long distances was the fact that three times saved the country from the Western invasion of Charles XII in 1708, Napoleon in 1812 and Hitler in 1942 (so in the original article — ed. ed.).

A failure to communicate is a big problem. Attempts of dialogue bogged down in mutual accusations of NATO enlargement, new NATO bases, the Russian provocations, the war in Kosovo and the conflict between Russia and Ukraine. In fact, the current situation is worse than it was during the cold war.

In 1975, when the cold war was coldest, and the nuclear threat is real, the parties were able to agree on the Declaration of Helsinki. This Treaty established the basis for the discharge with secure borders and clearly defined areas of interest. The fact that Russian leaders remain committed to that at the moment is quite outdated notions of “sphere of interest” is a significant part of the problem today.

Russia is concerned about Ukraine’s desire to join NATO. “It will not help to strengthen stability and security in Europe”, — said the Russian defense Minister Sergei Shoigu. Secretary General Stoltenberg visited Ukraine together with President trump (as in the original article — ed. ed.). There were hopes for a speedy entry of Ukraine into NATO. What I want now, is the so-called MAP, Membership Action Plan (action Plan leading to the entry) as a first step.

During his stay in Kiev, Stoltenberg said that Russia cannot prevent Ukraine to join NATO. No one has such veto power, can solve only Ukraine itself and its allies, he said. But before Ukraine, however, is one major obstacle: the rules of NATO, the Alliance member may not be a country with unresolved territorial issues. Member States should peacefully resolve their international disputes, as it’s called. That means we need to negotiate with Moscow.

The conflict in Eastern Ukraine can be resolved at the negotiating table. The Crimea situation is worse. Russia will never give Crimea peacefully. Thus, the price of Ukrainian membership in NATO could be the refusal of Ukraine from the Crimea. Still, it is doubtful that this will work.

Kiev not to forget, which meant the rejection of the Crimea, the same can be said about Moscow and against Ukrainian membership in NATO. But it could slow down the mad escalation of the arms race.