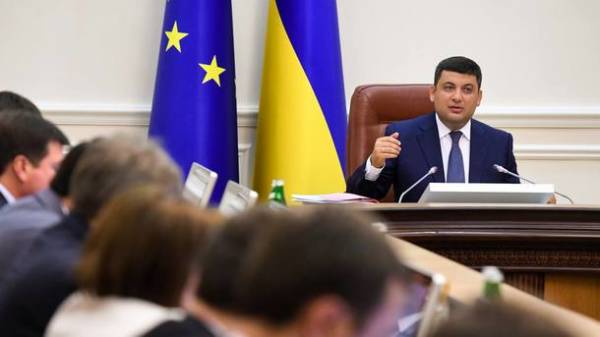 The closer to the start of the new politiezone, the more rumors about the big the redistribution of personnel. It is first and foremost about the Cabinet: in may, the Ministers of agriculture and information policy have written statements of resignation, which Parliament has not time to consider. His appointment a year and a half waiting and the Minister of health – July 2016 Ulyana Suprun works in the status of acting Groysman has announced the start of political consultations with the coalition on personnel filling government. But, according to rumors, the three Ministers may not be limited. The chair and stagger under the Ministers of Finance and infrastructure. But, according to experts, it is unlikely that the teams of Poroshenko and Yatsenyuk will be able so fast to agree, including with the other factions and form a new government personnel portfolio.

New political autumn in the government-parliamentary quarter on the Grushevsky street will pass under the sign of reforms. At least, so says Prime Minister Vladimir Groisman. According to him, the priority of the five bills that have long been gathering dust in the Parliament and awaiting promulgation: it is medical, pension and educational reforms, e-trust services and international reporting standards. But it all depends on the presence of 226 votes. Here you can get up staffing issues in exchange for votes for listed Groisman reform.

“Now the coalition is unbalanced. To make strategic political decisions need the strengthening, since the adoption of the reforms needed with the stock 230-240 votes yet. To find those voices and strengthen the coalition, perhaps in the fall will be divided a large personnel pie,” – says “Today” head Center “Eidos” Viktor Taran.

Already half a year the Verkhovna Rada may appoint the Minister of health. Since June of last year Ulyana Suprun works in the status of acting. Her candidacy was not put before a sessional hall there was no certainty that it will score 226 votes. At stake for health care reform. According to Vladimir Groisman, right now, with the coalition discussed the issue of appointing Suprun Minister. But according to the BPP, it is possible that her fate will depend on the passage of health reform in the session hall. That is, if Ulyana Suprun will be able to negotiate with the deputies and madrepora will be held in the second reading, it is likely that Parliament would approve her candidacy for the post of the Minister. Well, if not, the coalition will have to find a new head of the Ministry of health.

“Obviously, that will this option. Of course, I wish it was the opposite. But many said that first you need to vote madrepora, and it will be an indication to assign a Ulyana Suprun. But I’m sure medifarma will be voted”, – told the “Today” representative Cabinet in the Parliament, people’s Deputy from BPP Vadim Denisenko.

Also, according to Groisman, the Ukrainian Parliament still had not considered the resignation of the Minister of information policy Yuri Stec and the Minister of agriculture of Taras Kutovy. “It is a question of the coalition. We will discuss it. While Ministers are legally in their posts, although it is clear that they have announced his resignation (in may of this year – Ed.)”, reminded Groisman.

In an interview with “Today,” the Deputy head of the faction PPO Alexey Goncharenko said that the specific candidates to replace Kutovoy and Stec neither on fraction, nor in the coalition has not been discussed. “And to be discussed, probably when we fire Kutova and Stec, – said Goncharenko. And here I just do not think that the deputies (for example, from the relevant committees – Ed.) will be considered as primary candidates for replacement. According to the Constitution the Prime Minister makes the nomination of the Ministers, after consultations with factions of the coalition – the PPB and the PF”.

They say the same thing in the “people’s front”. The people’s Deputy Leonid Yemets said Today that neither on fraction, nor in the coalition consultations on personnel filling the Cabinet has not yet started and will likely start next week. But Vadim Denisenko confirmed the “Today” the words of Vladimir Groisman to start the negotiations. And, most likely, the government and the deputies will move in a parallel track. To arrange appointments and to seek votes under medical, pension and educational reforms. “Now all MPs return from vacations, and Monday will start a more active process. Although it is already started. When can we expect productivity (voting on personnel changes in the Cabinet – Ed.)? Hope for a long time it won’t take long. I think if we can effectively vote pension, education and healthcare reform, the consultation process will go much faster”, – said the “Today” Vadim Denisenko.

Also go for a long time talking about the fact that chairs are wobbly under Finance Minister Alexander Danyluk and Minister of infrastructure Volodymyr Omelyan. Danyluk unhappy part of the PPO. This confirms recent criticism of attorney General to the Minister of Finance, who demanded his resignation. According to Yuri Lutsenko, Sep should increase the salary of prosecutors, but this does not happen, as the Minister of Finance blocks the decision. But yesterday the Cabinet approved the increase of salaries of prosecutors so that, in fact, claims Lutsenko to Danilyuk removed. The Omelyan was predicted to resign over conflict with the ex-head of “Ukrzaliznytsya” by Wojciech Balkonom. But it was resolved with the resignation of the latter. “To be honest, I don’t see that there was real consultation on the resignation of Omelyan and danyluk. Yes, and votes for them there, this will further undermine the coalition,” – said one of the deputies from the BPP.

According to Irina Lutsenko, the President’s representative in Parliament, just a few days ago held a preliminary meeting on the initiative of the Prime Minister, where, in particular, dealt with the restart of the Cabinet. “But on the specific successors of the Kutova and Stec we are not even told, – told the “Today” one of the participants of this meeting. – First, talking about the budget-2018 (his Cabinet promised to submit to the Parliament 15 September – Ed.) to increase the spending on the defense industry about the reforms. But, understand, now under the dome for any important law has no 226 voices. There are a lot of contradictions and differences.”

It is primarily about the differences between the two factions of the coalition – the PPB and the PF. Part of the BPP even offended by the PF because he did not vote for the presidential appointment of the head of the accounting chamber. And “veterans” remember “BPP-schnick”, as they did not agree on a representative NF the head of the office of the Ombudsman. This is coupled with the dismissal of Valeria Gontareva, who resigned in may, and the appointment of a new head of the NBU, which, according to Irina Lutsenko, the President submitted to the Parliament until the end of September. Therefore, it is likely that all of these personnel issues, including government portfolio, will unite in one big package. “And all this can be within a larger redistribution, which aims to cement the existing coalition on the eve of the start of the presidential-election campaign,” – said “Today” head Center “Eidos” Viktor Taran.

In this issue, according to political analyst Vladimir Fesenko, NF and BPP will need to secure the votes of independent and “radical.” But after “show the untouchables”, when the end of the spring-summer session of the GPU has submitted to the Parliament six views on removal of immunity of MPs, voting for reform, and especially for appointments find to be even more difficult. 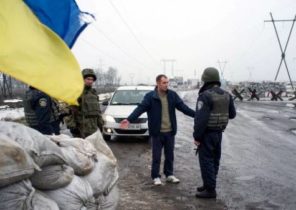 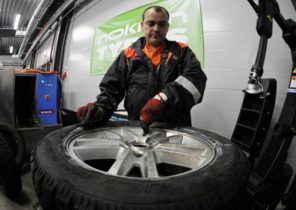