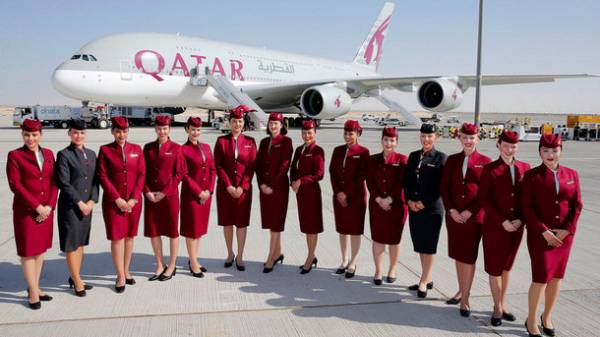 Today, August 28, Qatar Airways will launch flights from Ukraine. This was announced by the Minister of infrastructure Vladimir Omelian.

“The head of the aviation division of the Ministry of Infrastructure of Galina Wynarczyk leaves the Department and starts working as a commercial Manager, head of representative office in Ukraine airlines in the world Qatar Airways first flight from Ukraine which will fly August 28,” – wrote Omelian on his page in Facebook.

From 28 August, the airline Qatar Airways will operate daily flights from Doha to Borispol and back.

Omeljan noted that Minarchy was appointed by results of competition.

As previously reported, Ukraine plans to launch its own low-cost. This project is expected to involve foreign investors.