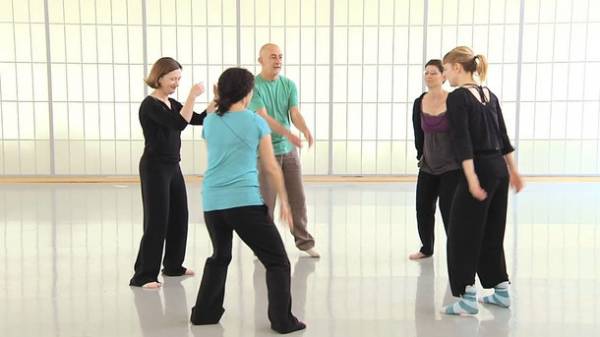 Dance / movement therapy (TDT) uses body movements and dance as ways to Express yourself and find methods of studying and dealing with psychological problems or difficulties. This approach to psychological care is contrary to the stereotype that talking about problems is the only way to find a solution, writes likar.info.

Dance / movement therapy takes body movements as non-obvious, but an expressive tool of communication and expression of emotions. TDT is a combined action, in which the patient and therapist are involved in an empathic creative process using separate movements or a dance to reveal and release the emotional, cognitive, physical, social and spiritual aspects of ourselves.

Dance / movement therapy, which appeared in the US in the 1940-ies, is often considered a type of art therapy, which also includes music therapy and dramatherapy, and a view embodied Gestalt psychotherapy. This type of therapy is very common in the US, UK, Australia and Germany. To carry out the TDT sessions, therapists must undergo special training and obtain a license. Specialists, therapy and dance / movement therapy in private clinics, public hospitals, schools, social services, charitable institutions, orphanages, nursing homes or even prisons. Classes can be held both individually and in group format.

Therapists use a variety of approaches during the practice, but they all have a common direction based on customer needs. The research aimed to study dance / movement therapy, have revealed the General features of this practice:

Dance. This includes a number of different practices, including breathing, posturing, gestures, penetrations, rhythmic movements, and sometimes, a holistic and more sophisticated forms of dance. The ability to dance is not compulsory for people undergoing such therapy, and training movements is not the purpose of sessions.

– Plan. Connecting your physical self with the spiritual plays an important role as it helps to maintain the relationship of “body-mind”.

– Imagery and symbolism. The imagery and symbolism of the movements are used as important tools needed to access the unconscious or difficult feelings, such as anger, shame or fear. The use of these instruments allows the patient to indirectly solve the problem issues.

– Non-verbal communication. People are not always able to Express their feelings only through words. Sometimes it’s easier to understand and to convey emotions to others nonverbally.

Studies show that TDT can improve the overall psychological state of the person. But to give a precise answer to the question of the effectiveness of treatment as treatment, it is necessary to conduct more qualitative research in this area. Physicians and scientists are still learning important components of psychological interventions that promote positive change.

The results of systematic reviews of research with all groups of patients show that TDT has a significant impact on a broad range of symptoms. The authors conclude that the degree of therapeutic effect, TDT can be compared with other forms of psychotherapy. For example, a recent study has shown that this form of therapy can improve quality of life, well-being, mood, love your body and significantly reduce the level of depression.

Other reviews examining the impact of dance / movement therapy in certain groups of people, also confirm its effectiveness. For example, it was found that TDT is a more effective method of treating depression than standard care, especially for adults.

Studies of the effectiveness of TDT for treatment of people with schizophrenia indicate that it helps reduce some symptoms, such as apathy, lethargy, inhibited emotional reactions and social isolation. Improving the quality of life was the main advantage of TDT in the treatment of cancer. Reviews treatment of dementia and autism demonstrate the need for further research. But in all cases the results are quite positive, which makes this form of therapy an attractive alternative to traditional psychotherapy.