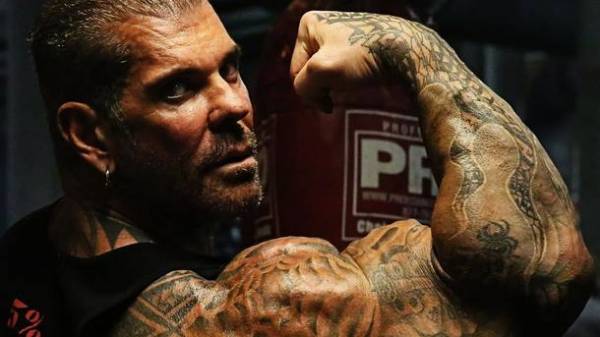 In the United States on 46-m to year of life has died “the star” the world of bodybuilding rich Piana. On his death on his page in Instagram wrote each Piana Bradley Martin – “24 Channel”.

The last week of the life of rich Piana spent in a medically induced coma after his unconscious found in your own home on August 14. The media wrote that he had received a giant dose of polymethyl-methacrylate, which is also called “organic glass”. In plastic surgery this drug is used as implant for the correction of the lips and camouflage scars.

The last photo in the social network he has published 10 Aug is the many years ago, “when he struggled.”