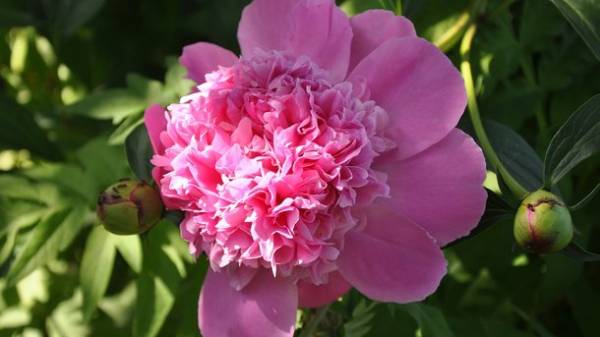 After a few months of cold and snow so I want to dive into the bright colors of spring and flowers. And if in Ukraine the calendar spring does not always coincide with the real spring, the world is a bit different.

Cherry, violets, lilies, tulips and peonies are not just pleasing to the eye inhabitants of different countries, but also lured to his crowds of tourists and connoisseurs, reports “the World is beautiful”. 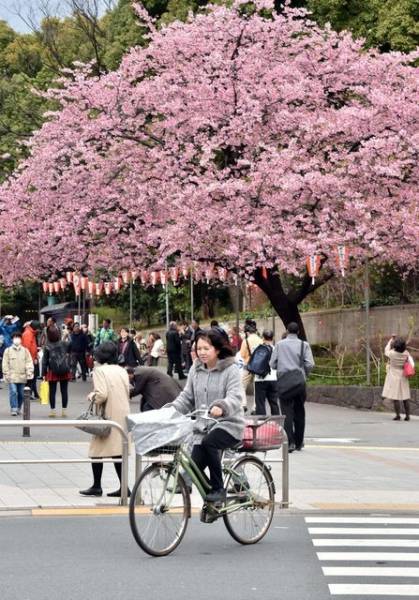 For locals, the cherry blossom period equate to a national holiday.

It is considered that it is best to go to Japan in March–may to witness the spring in Japanese, which is also called the Haar.

It is noteworthy that at this time, blossoms not only Sakura, but Japanese ornamental cherry.

Lilies of the valley in France

May day in Paris celebrate the day of the Lily of the valley. The festival has very deep roots in 1907. However, this festival has acquired political character of the struggle of workers for their rights, and now brings joy.

The image of the Lily represents spring and brings happiness and luck.

It is noteworthy that on the eve of first of may lilies of the valley gather wherever they can be. Especially popular are forests located around Paris.

The scale of the celebration is so great that the lilies especially for the holiday also grown in the many greenhouses. 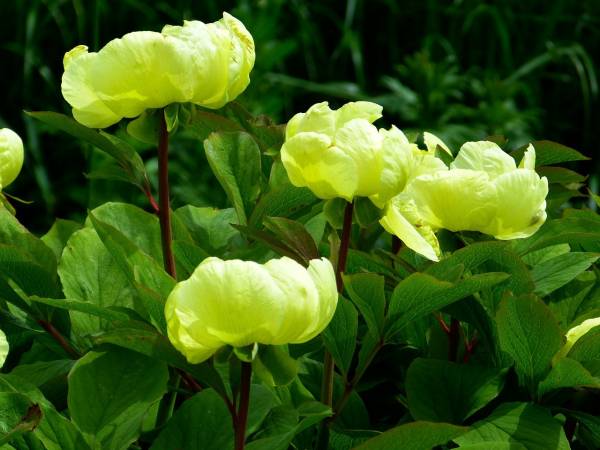 The peony festival is celebrated in April in China is a national holiday with religious roots. At the end of April, when the peonies bloom, there is a range of tourist, cultural and trade-economic events.

Since 1982, the peony, the flower of legend, a symbol of happiness and prosperity, is the emblem of the city of Luoyang. It is called the city of flowers, because there are more than 700 species of these gorgeous plants.

During the festival you can see them everywhere: on streets and squares, city parks Peony Square and Xiyuan Park. But the most famous place from around the world come to admire the blooming peony is Wangcheng Park, located on 67 acres on both sides of the river Jiang. This is the largest Park in Luoyang historical sites, ancient architectural complexes and plantations peonies.

The battle of flowers in Spain

In may there is the opportunity to visit the Battle of flowers in Spain. Each year, this colorful festival of colors regularly arranged in Cordoba, Granada and other provincial cities in Spain in late April – early may.

The battle of flowers is a colorful parade of decorated with gorgeous floral platforms. The holiday usually lasts a few days, its symbols are crosses of flowers and floral carpets that adorn the city.

In these days of religious communities of córdoba compete in the manufacture of huge crosses made of flowers. Because of these intricate floral designs the festival takes its name – Las Cruces de Mayo.

To the decoration of Cordoba join the residents. Floral carpets, decoration, sidewalks, squares, balconies lend the city a unique charm, attract crowds of tourists. A key event during the festival is a colorful parade the Battle of flowers, when the demonstration with floral platforms, walks solemnly through the city.

Tulips, hyacinths and daffodils in Holland 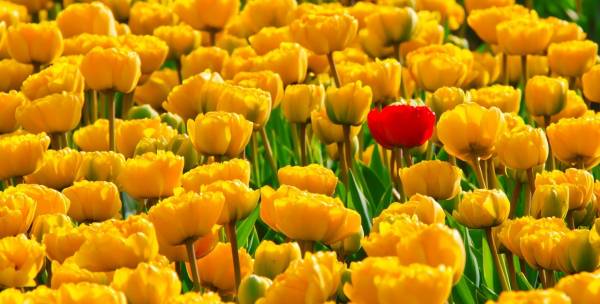 One of the most beautiful floral festivals held in the spring in Holland, in the Park Keukenhof.

In the Flower Kingdom under Amsterdam attracts thousands of tourists to enjoy millions of spring blossoms. This time of flowering tulips, hyacinths, daffodils, this 32 hectare of flavors, it’s the most photographed place on the planet.

In the Park Keukenhof create live floral masterpieces, and the tulips and daffodils are grown in special “high-rise” technology, ensuring the continuity of flowering.

The festival has an official start date (in late March) and end (mid may).

In Canada the Festivals of tulips. Every year in may, the canadian capital immersed in a colorful sea of tulips, which in the long tradition of sending a gift to Canada by the grateful Dutch.

It is noteworthy that this tradition appeared immediately after the Second World war, for which Canada has provided shelter to fleeing from the fascist regime of the Royal house of the Netherlands. Queen Margriet was born here on the North American continent. However, in order to become the heir to the throne, she should have been born in the home country. The canadian government a special decree proclaimed courtesy room at the hospital in Ottawa, where she was born a Princess, the Netherlands.

It is noted that during flowering tulips Ottawa turns into a flower capital of the world, despite the fact that is one of the coldest capitals.

The festival starts with the traditional ball of tulips and the fashion show where models show clothes from the tulips. Tulip ball recently held a unique place – a mirrored alcove.