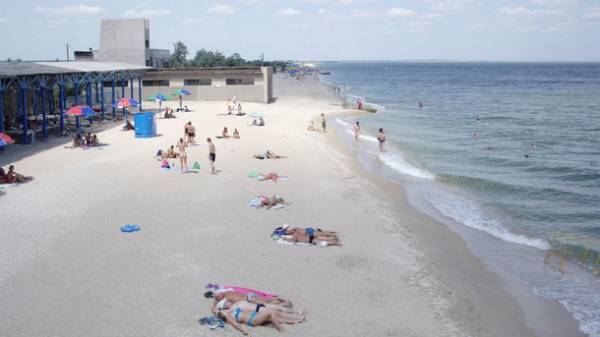 The end of summer as a lifeline for those who have never visited on vacation. Fortunately, Ukrainians have a rich choice all year round — we can, without leaving the country, to climb high into the mountains, walk on the boundless steppes or to go to the sea. The team of “Today” decided to choose the latter option and went to inspect medical sanatorium Berdyansk.

On the coast of the Azov sea enough camps, hotels and resort areas. However, not everyone can boast a license from the Ministry of health. Among the latter are trade — Union sanatorium “Priazovkurort” in which the local authorities regularly purchase tickets for children, seniors and people with disabilities. Familiarity with them we have started, even before reaching Berdyansk, clinical sanatorium “Great meadow” near Kiev. Its climatic resort area is unique in ozone well, despite the fact that near by major industrial area! The sanatorium is buried in verdure, next to ancient forests, and the mighty Dnieper river. Works Lug all year round, and day with meals and medication here cost from 460 UAH. You can’t just take a break from the bustle of the city and breathe the ozone rich air, but also, for example, to take a course of aromoterapii in the chamber of artificial mountain climate or to experience the effects of chromotherapy (color treatment, to put it simply). “There is very fresh air, near by the river, while for health round-the-clock watch by doctors. There are all cardiologists, neurologists, physical therapist and even a psychiatrist. And in the evening we have movies and dances. It’s my first time and frankly, such a comfort I have not experienced” – told us a pensioner Darina Kremichev.

Despite all this, to stay longer in the “Great meadow” we did not work — waited in front of the resort of national importance stretching for 18 km along the Berdyansk spit. According to the mayor of Berdyansk, Vladimir Chepurnoy, this year during three summer months the city is visited by 1.5 million tourists. This hype we have experienced a ticket on the train Berdyansk today, buy is very difficult, even for a few weeks. That is why we had to go all the way from Kiev by car. “The old-timers say that for a long time such was not. And this despite the fact that we had a serious problem late summer, and therefore later than the beginning of the season,” he told us Chepurnoy. The number of people is really amazing — the city, sandwiched between the hill and the sea, and surrounded by the tourists, rubbing to bronze glitter monument “bullhead the feeder” and scurrying on the streets of the squat. Despite the influx of those wishing to relax, places in town lack. The prices are not exorbitant — 200 UAH per night for a room near the sea. 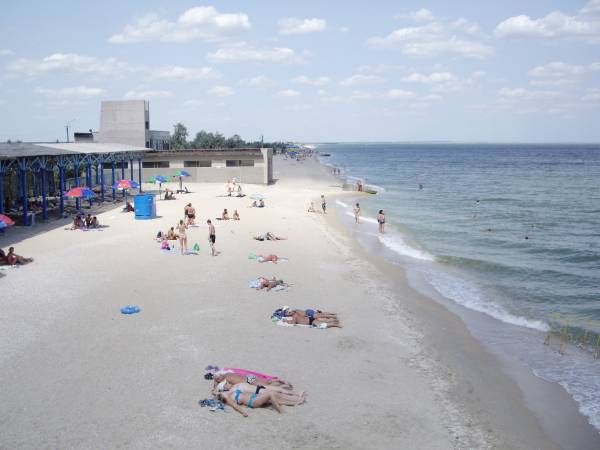 However, the main attraction of Berdyansk — mud of its seaside climate of the hospital. The first Wellness companies came here in the nineteenth century, but the date of Foundation of the resort can be dated to 1902, when he built the first mud baths. And in 1915, a prominent Ukrainian geochemist Eugene Barker began deliberately to examine the useful properties of the local mud. According to legend, he was blown away by the amazing immunity fishermen, who, crossing the coastal estuaries, came out covered with mud. It turned out that it can be a positive influence on almost all the basic functions of the human body — circulation, respiration, metabolism, and regeneration of damaged cells. 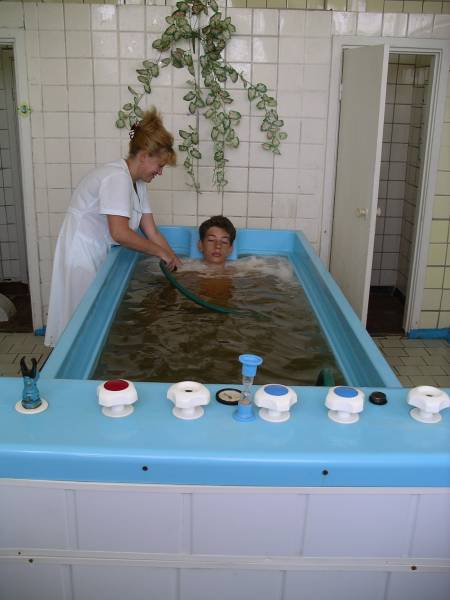 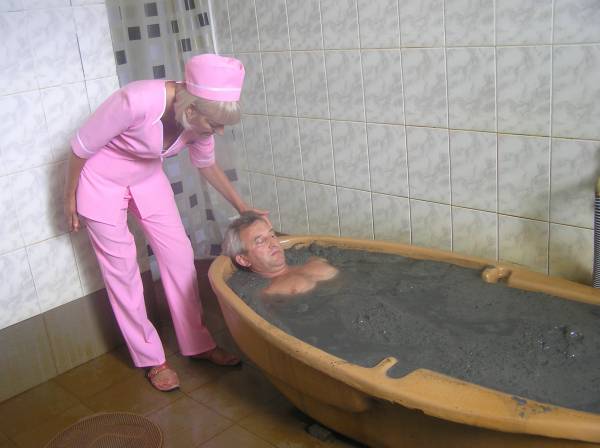 However, we should also say that self-smearing mud of Berdyansk are unlikely to benefit. First, for the desired effect they need to be heated to a certain temperature, and secondly – you need special, medical control procedure. And here comes into play clinical sanatorium “Berdyansk” and “azure” Federation of trade unions of Ukraine, which got the team Today. Then the doctors will determine whether to cover a patient’s medical substance entirely, or restricted to, as they say, mud “socks” and “mittens”. For example, our reporter, because of high blood pressure the doctor was strictly forbidden to take a mud bath and sent… under the power shower. It turned out that the sanatorium can offer not only to lie, smeared with dirt, but many other medical procedures — mineral baths, massage, spinal traction in the pool, and other. And for those who suddenly suffers from excess weight, the professionals prescribe a Wellness diet. Remarkably, despite a pretty strict diet for the rest in “Berdyansk” and “Lazurnaya”, the food here is organized in the form of a buffet at a certain time a person comes into the dining room and he collects his Breakfast, lunch and dinner. 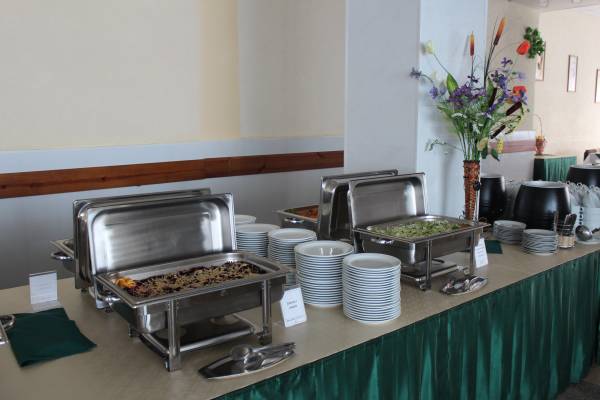 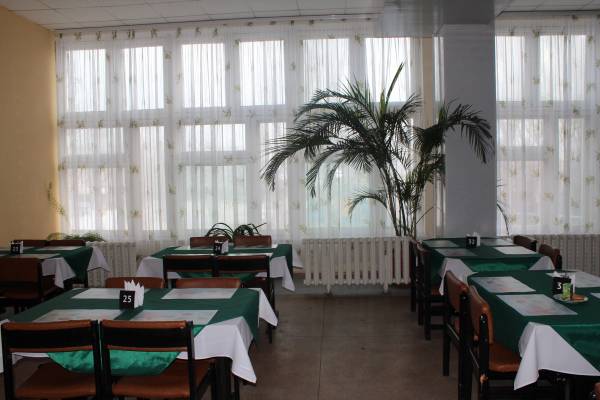 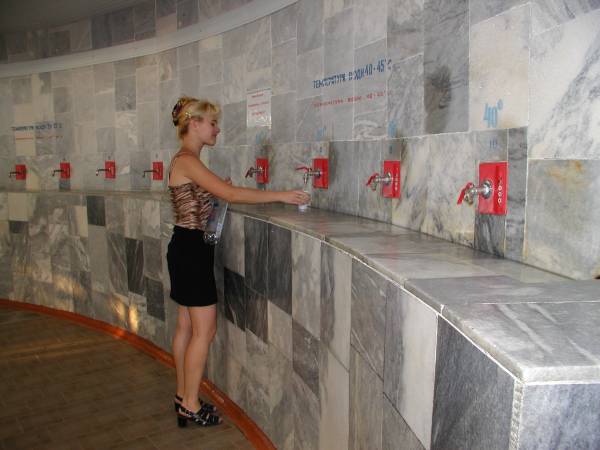 In fact, the sanatorium — hospital, where people relax under the sound of the sea. Just “Priazovkurort”, covering an area more than 100 hectares, nearly 3.5 thousand jobs, of which over 800 are open all year. While the last three years the number of those who chose these sanatoria continued to grow, and in 2015 it healthier 4175 people, in 2016 — 4880, and by the end of 2017 plan to take 4,950. If we talk about prices, a single room with all amenities and meals in the sanatorium “azure” will cost 588 UAH per day. In “Berdyansk”, which is closer to the sea, will come a little more expensive — 624 UAH. Day in a double room “azure” will cost UAH 552 and “Berdyansk” 576. 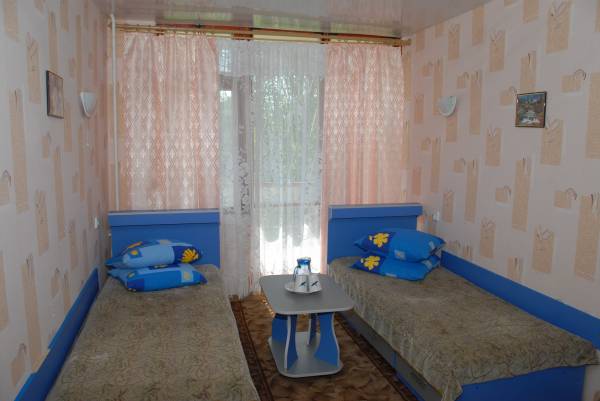 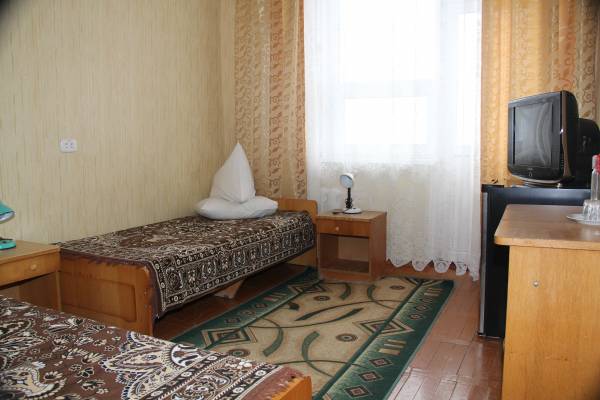 Of course, the problem to go away is not always possible. Management resorts recognized — changes in the legislation of Ukraine led to the fact that businesses have the lion’s share of their profits (about 10 million per year) to give to the state as land tax. For example, a few years ago didn’t have to pay for the parkland, which lasted more than a square kilometer. This despite the fact that according to the Director “Priazovkurort” Sergei Linnik, the funds could be spent to update the material-technical base. “I will not hide, we have the curative power that need to be updated. But we have a main — qualified staff and unique moovie sulphide mud, which is only for us – told us the chief doctor of the clinical sanatorium “Berdyansk” Rauza Galimova. — Come and you will see for yourself”. 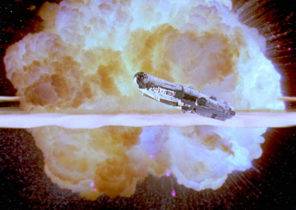