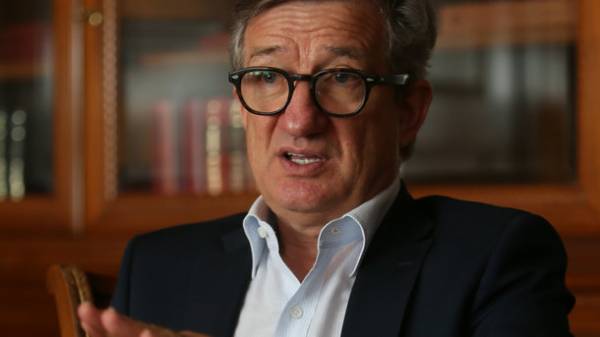 Marks three years since then, as with the Donbass people began to travel EN masse in a peaceful area. After moving, many are faced with the shaft problems, most of which failed to solve so far. There are a number of solutions. About what to do and how to help the displaced people, told the people’s Deputy and ex-Governor of Donetsk region Sergey Taruta.

— Sergey Alekseevich, the number of displaced close to two million people. What are the solutions to their problems?

— Immigrants, there are four problems: the complexity of pensions and social benefits, housing, lack of suffrage and difficulties at the checkpoint. I immediately offered to create a temporary special Commission on stabilization of the situation, but the question is not decided. Thank God that later appeared, the Ministry temporarily occupied territories, but not enough. I initiated the creation of a parliamentary platform “Future of Donbas”. It turned into a sectarian Association, in its negotiations with factions and foreign partners to solve problems.

The first problem is the citizens of pensions and social payments. While I was Governor, the funds were paid to Oschadbank at the risk of life brought home the money. When he left — the payments stop. Then I was offered the option, to left on unoccupied territory and received payments, regardless of registered or not here. He has the right to the pension you earned. There are two options: the first — person leaves the controlled area and gets the money. At desire it is possible to organize mobile units issuing of money directly at checkpoints. Second: if he go not, then accumulate money in the account.

— The question of housing remains topical for most immigrants. What chance do these people have?

— I initiated a draft law which is not carried on the vote when the hall of the Verkhovna Rada was required 226 deputies. Its essence is: to enable local authorities in the presence of housing to provide temporary accommodation to displaced persons. So it is possible to help at least 20% immigrants. If to develop a transparent special assistance to those whose homes are damaged, and to turn to Western partners, I think that would help us. In addition, we have a lot of unfinished projects across the country, they can be repaired. When nothing is solved, people are forced to go back to occupied territory. It is a tragedy.

— What are the initiatives regarding electoral law?

— There were four bills, including mine, which would give the right to vote. But political forces began to manipulate, afraid that people will vote for the opposition, and deprived of their voting rights. Now, the Parliament introduced a single bill, agreed between all the initiators. There are a lot of chances, we will initiate that in the fall it took.

— How do you propose to improve the situation at the checkpoint?

— Limitations there are, of course, connected with security, but they provoke people to corruption. We propose to make a single standard CAT. I initiated the establishment of the state Agency, the balance of which would be all CAT. Structure appears responsible for the procedure on them. Got approval from the government before the end of the year, it can be created. In addition, to increase capacity needed to improve the program throughput. From my own personal money I’ve allocated 100 thousand hryvnias for these purposes, bandwidth has increased, people are less stand in line.

What are the forecasts of the situation in the Donbass as a whole?

— Is the freezing of the conflict, for the benefit of the militants and Russia. What you need to do? I suggested to the Vienna format. Why Vienna? To “Minsk” Americans do not join, and in Vienna headquarters of the OSCE, the main organization involved in the observation. Without the US, this conflict will be very difficult to solve, because this war geopolitical confrontation between Russia and the West. While they do not agree, on the territory of our land will be military action. Also offer to persuade Russia to introduce an interim international administration which would replace the leaders of the militants “DNR” and “LNR”, and on the state border to enter peacekeepers to prevent transfer of weapons to militants. If there is no “make-up”, the power phase fail. 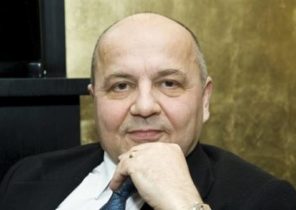