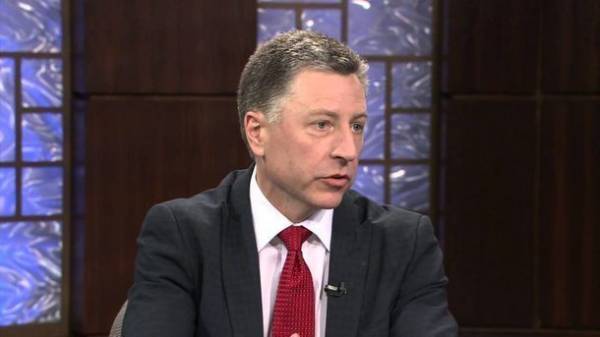 Ended in Minsk meeting of the special envoy of the US State Department on Affairs Kurt Volker and assistant to the President of Russia Vladislav Surkov. About it said press Secretary of the Ministry of foreign Affairs of Belarus Dmitry Mironchik, reports “Radio Freedom”.

According to the Mironchik that behind closed doors, started at about 14:00 and ended after 17:00. Its outcome is not known, except that the sides discussed ways of resolving the conflict in the Donbass.

Kurt Volker will give a press briefing on 22 August in Vilnius, where we go after Minsk for talks with the government of Lithuania on the settlement of the Ukrainian question.

Recall that the Volcker meeting with Surkov was closed to the media.

See also the “Today”: Walker vs Surkov: what to expect from the meeting of the American and Russian envoys in the Donbass