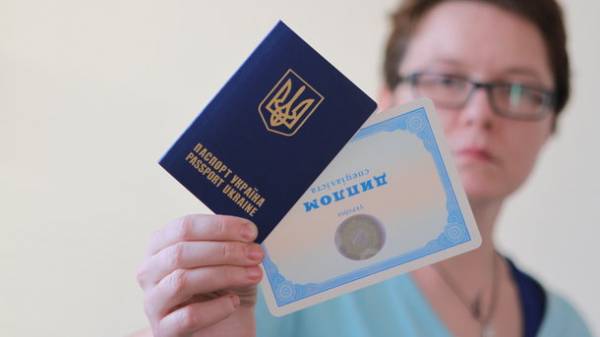 Ukraine has agreements on the confirmation of diplomas with most of the world. However, our specialists have to complete their education abroad and to confirm their skills and knowledge. Where recognize Ukrainian diplomas recognized website of”Today”.

In which countries can confirm Ukrainian diploma

“I am a mathematician by profession. Since 2013 I live in Israel. The University finished in Lugansk. In Israel, my degree confirmed, I sent all the necessary documents to the Ministry of education of Israel and they sent me a confirmation that I have a higher education. But it does not give me the right to work. To get in the school, besides the language itself, I should pass two-year courses for adaptation to the profession, because there is a different program of education. In the experience of friends, doctors, too are being retrained. A law degree actually not confirm because it’s a totally different legal framework,” says the immigrant Anastasia Vashchenko.

Ukrainian diplomas are also confirmed in the EU and the USA. This is guaranteed by the Hague and Lisbon Convention. In addition, Ukraine joined the Bologna system, which leads to the same standard education in the European space. This should facilitate the recognition of the Ukrainian diploma of the University. Also, Ukraine signed the intergovernmental agreement on mutual recognition of documents on education with 20 countries. Among them, CIS countries, Slovakia, Hungary, Poland, Peru, Mongolia, Libya, Estonia, Georgia, Equatorial Guinea, Bulgaria and Vietnam. France signed an agreement on mutual recognition of academic degrees and titles. In most CIS countries, the Ukrainian national diploma is considered equivalent. In other recognized, if educational content is the same. But you need to confirm that the diploma has not been tampered with. To achieve this, National information center of academic mobility need to obtain an apostille. 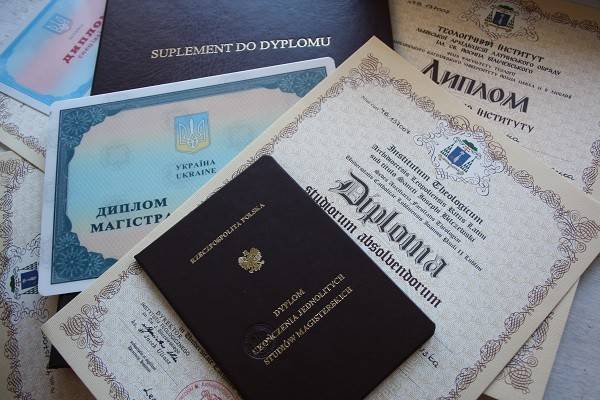 Watts about the same time, despite international agreements, the Ukrainian diploma can attest to, but he would not give the right to work or receive further education. This is due to different requirements for education, says the Deputy Director of the National information center of academic mobility Natalia Naumenko.

“Every country has the recognition authorities of certificates and its own rules. There are General principles that are laid out in the Convention on the recognition of the diploma of higher education in the European space. But it is not available in all countries of the world. Even in those countries that have signed the agreement, has its own characteristics and its own practice,” – said Natalia Naumenko.

One of the ways to legalize a diploma abroad can be if the University’s overseas partner universities with which there are joint exchange programs and dual degree. This allows you to study abroad and together with the Ukrainian to get a diploma of a foreign University. To receive a second diploma will need for a semester or a year to go on exchange to another country to study in their field. Double degree programmes are created for bachelors and masters. Depending on agreements between the universities they can be both paid and free.

Why the confirmation of the diploma is not enough

To confirm the certificate in the EU is problematic, said a member of the National team of experts on higher education reform Vladimir Bakhrushin. Students mistakenly think that a diploma means the profession, he says. However, in the EU professional qualification to prove it.

“Vocational qualifications must be confirmed separately. This may be requirements, not only to the number of years of schooling, educational content, but also the requirement to pass a qualifying exam in the country where you want to work. With this there are problems, they are associated with our old model of education and standards that were in effect until recently. These standards set the list of names of subjects, number of hours, but the European model requires the name of the discipline, and content: what students learned, what they can do. Because of this, there is inconsistency between Ukrainian and European diploma requirements. Another question in the quality of education in some specialties. It happens that one and the same country can accept our education in mathematics and recognize certain other specialties,” – said the expert. 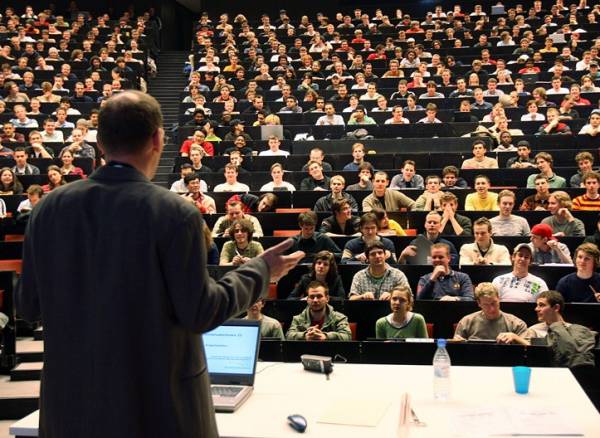 Professionals with a Ukrainian diploma in Europe have to undergo retraining. Photo: DPA

According to Bakhrushin, the problems with Ukrainian diplomas also arise from the incomplete transition to the Bologna system in Ukraine. In 2008 Ukraine became a full member of the European register of quality assurance of higher education with 18 member countries of the Bologna process.

“Not to say that the transition to the Bologna system ended. The introduction of three cycles of higher education – bachelor, master and doctor of philosophy – is only this year. In a few years, when you’re done training those who acted on the old field, this transition will end. Ukraine has already established a national qualifications framework which in General meets European framework. Now we are working on standards for higher education, which should implement this framework in the context of specific specialties. The second area is professional skills, its creation is envisaged by the education bill that is on consideration of the Verkhovna Rada”, – adds the Bakhrushin.