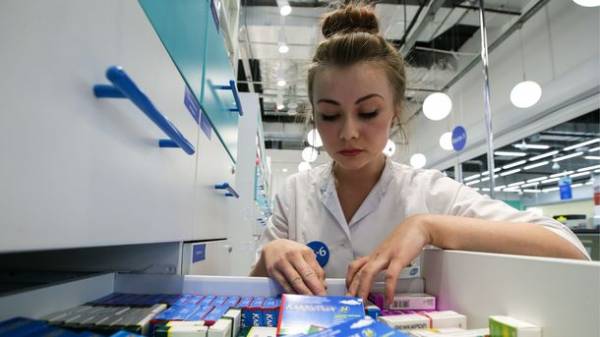 Ukrainians promise a round of price hike of medicines. According to experts, by the end of 2017, prices will rise another 12%, writes UBR.

“Medicines will rise in price still at least the rate of inflation — 12%. First of all it will concern foreign drugs, but in Ukrainian the medication about 70% of the imported component,” — predicts the President of the Ukrainian Council of protecting the rights and patient safety Victor Serdyuk.

According to a member of the Economic discussion club Igor Garbaruk, in early August, the total value of the drug basket (32 the most popular among Ukrainians of the drug) ranged from 1114 UAH (Dnipro) to 1206 UAH (Kyiv). The maximum price increase in August was recorded in Kiev (1,7%), minimum — in Lviv. Here the cost of drugs increased by a symbolic 0.1 percent. The leader of growth of prices since the beginning of the year was the Kharkiv (11%), and less increased price tags in Odessa (7.4%). Fell, except that a band-aid — 0.5% in Kharkiv and 12.1% in Kiev.

Ex-Deputy Chairman of the state service of medicines and products of medical appointment Konstantin Kosyachenko noted that the objective reasons for rise in price of medicines still there is the increased energy prices and the increase in the minimum wage, which is also put into the price tags of medicines in enterprises.

In addition, many vendors, fearing the fall of devaluation, have already started to put in the price the rate of 30 UAH/USD. “All contracts for the supply of medications are for long-term periods, so they lay the possible risks, which increases the cost of drugs,” said Kosyachenko.

The further rise in prices of medicines, according to experts, will inevitably lead to forced rejection of many patients from treatment. Already, about 30% of patients try to do without medical assistance in case of illness. Those who can “afford” to be sick, moving EN masse to the domestic products — about 75% bought in pharmacies pills made in Ukraine. But in monetary terms it’s exactly the opposite. Only 25% of Ukrainians spend money on our medicines – branded medicines are much more expensive than domestic.

“In connection with a reduction in the solvency of the population, expensive medications simply will not buy. And this is often precisely those drugs that save lives: from the intensive care unit and ending with cardiovascular, oncological diseases and etc. the Chemotherapy drugs will simply not be delivered. The demand for them is not as significant as the other — about 100 packs a year. When they have finished the registration period, they just disappear from the Ukrainian market”, — said Serdyuk.

Significantly reduce the cost of drugs in pharmacies, both Ukrainian and international, would have helped out not long ago introduced taxes on medicines. Namely, VAT 7% and import tax of medications 5%. This step, according to experts, would reduce pharmaceutical prices by an average of 20%.