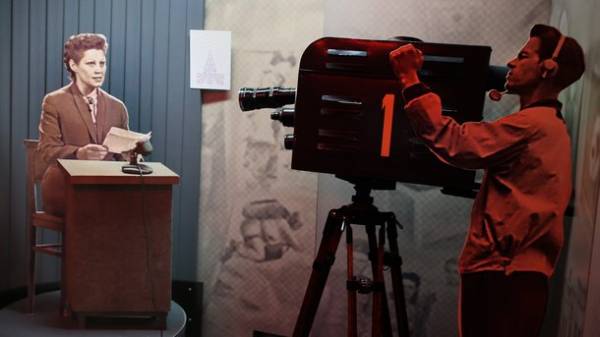 What were the first televisions looked like the equipment of television and that showed the Ukrainians, more than 60 years ago, I found out Today. For this, we used a “time machine” — the exhibition of the Museum of television National public television of Ukraine.

As told to us head of the Museum Larissa Bogdanova, Ukrainian TV has two dates of birth 1 February 1939 (mechanical TV in Kiev Studio of the Ukrainian radio Committee) and November 5, 1951 — an electronic, also in Kiev, on the Khreshchatyk, 26. The number of TV sets in Kiev before the war, no accurate data. But in 1951, in the whole of Kyiv with a population of about 600 thousand people was only 662 TV — 29-pound “KVN-49”. That is approximately one TV per thousand citizens.

According to Bogdanova, the exact numbers are known because in those days every TV recorded the name and address of the owner. The use of the apparatus is charged a monthly fee — 10 $ /month “Drink” breaks often — it is the name transcribed as “bought, included, does not work.” Showed the camera three television programs, had a screen of 18 cm diagonal. To make the image more in front of the screen, the designers have mounted a hollow glass lens, which was filled with water.

“The first show of November 5 was a trial — showed the film “Alitet goes to the mountains” — the good life Chukchi after the revolution. Moreover, the film first started backwards, then corrected — says Bogdanov. — November 7 was the live broadcast of the parade in honor of the 34th anniversary of the October revolution. In the future television programmes consisted of films, concerts, theatrical productions, cartoons, news. And, of course, no ads! 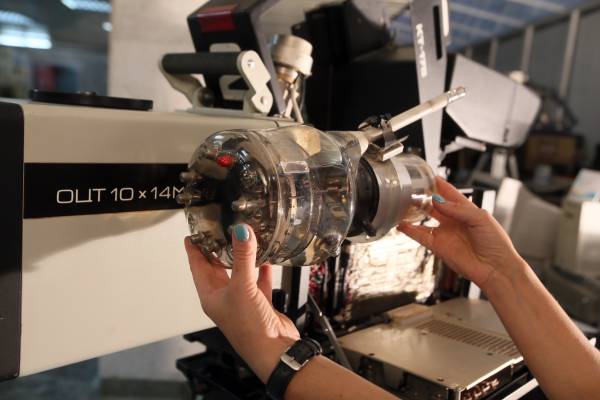 At first the presenters spoke to the people “comrades radiodetali”. Each retro-exhibit — a history. For example, here is the layout of the very first cameras, before which he worked as speakers, equipment, broadcasting football matches of the Olympics-80 and the visit to Kiev President Leonid Brezhnev. On the background light digital cameras walk because of the monsters seem to be “dinosaurs.” 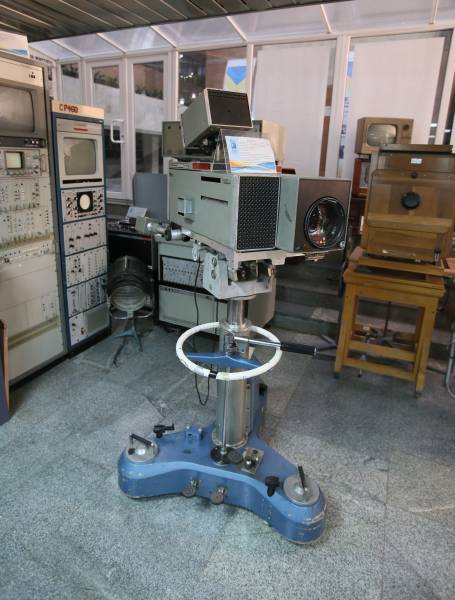 Was very reliable but weighed a lot

Among the retro technology and old TV’s can see the doll — girl Katra, Bunny, Straw bull. They were “leading” children’s programs, the most famous of them — “katrusin cinema” and “Evening fairy tale” with the legendary grandfather Panas (honored artist of Ukraine Petro Veklerov). It remembers more than one generation of Ukrainians, because grandfather Panas was putting kids sleeping almost a quarter century from 1964 to 1988. Still there is a legend that grandfather Panas was fired for the offensive live. Supposedly the sound guy didn’t turn off the sound, and the storyteller didn’t notice and bent: “Axis, such a … malyata!”. But the leading colleagues argue that it is the bike. They say that over the years the grandfather Panas was able to mix up stories, but profanity is not allowed. Although it was removed from the air of again: some party officials were irritated by excessive “nationalism” of the storyteller, who led the program in the Ukrainian language and in the same embroidery. 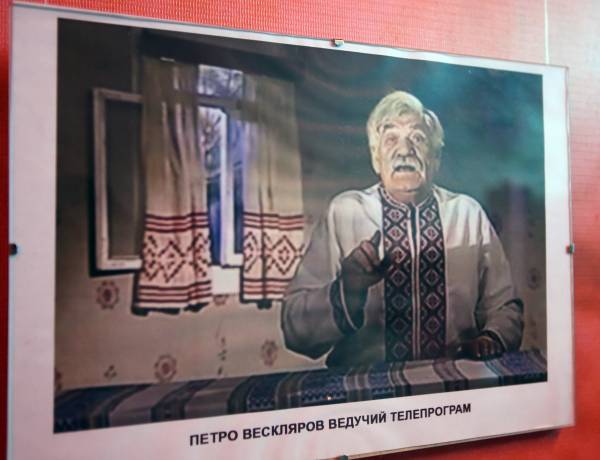 WINDOW OF THE WORLD: TELEVISION

Many people think that television has existed since time immemorial, but the mass TV a little more than 80 years. And those still alive who remember the days when TV wasn’t in the house at all, and in the place of honor stood a radiogram.

The first idea of transmitting pictures to a distance appeared even before the invention of radio! In 1843 Alexander Bain patented a facsimile machine, based on photomechanical processes, and the patent for the radio signal issued in 1866, However, the image of Bane was contoured, without semitones. Current TV is made possible thanks to the discovery of photoconductivity of selenium in 1873 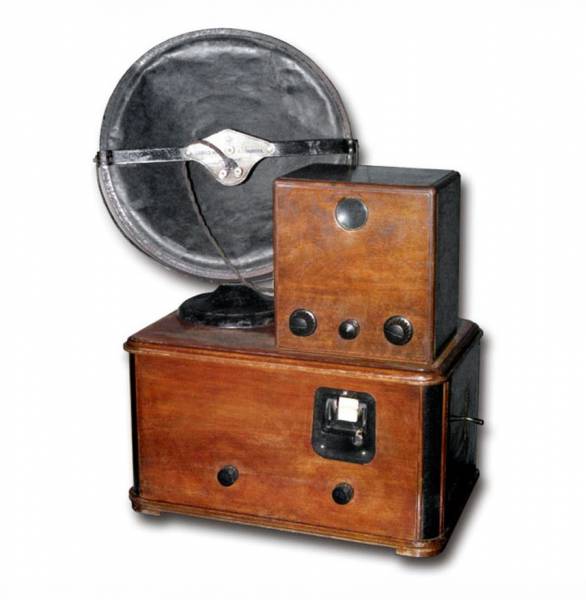 The first televisions were mechanical. Their work is based on the use of a rotating disk with multiple holes. They are the light that allows you to convert the image into electric signals to send over the wire, then assemble the puzzle on the screen using a mechanical receiver. The first television program was aired in Chicago on July 12, 1928. It was the 25-minute broadcast of the concert.

Serial mechanical TV sets appeared in the U.S. in 1929 For the rotating disk they are called “barrel organs”. They cost $100, with an average salary of $117. Mechanical TV existed until the early 1940s the First televisions with cathode-ray tube is started to produce in 1934 in Germany, since 1936 — in England, the price is $440. In the USSR in 30-ies of the produced mechanical TV “B-2” (see photo), they made more than 2000 units, and since 1940 — the first samples of the electronic, but the war intervened. Their production in the countries of anti-Hitler coalition resumed in 1945. 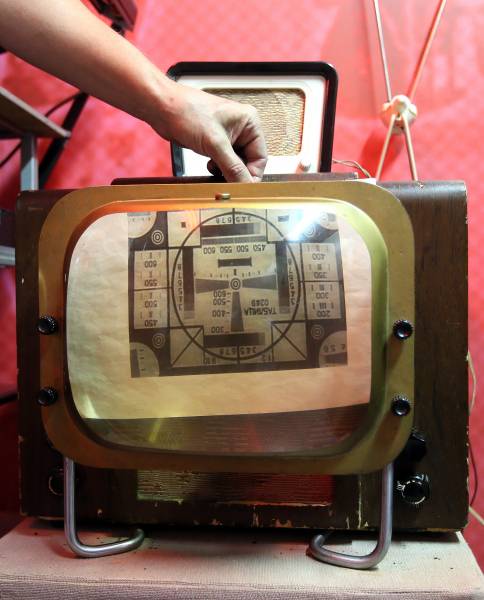 The appearance of colored TV is caused primarily by saturation of the market. In 1953 in the United States appeared the first model, which cost $1000 is the monthly salary of a skilled worker. In this advanced role in “televisionradio” began to come out of Japan. In the USSR a full color transmission began November 7, 1967 — broadcasting of the parade on red square in Moscow. Color TVs in the USSR was very expensive — about $ 1,000. with an average salary of RUB 120-130 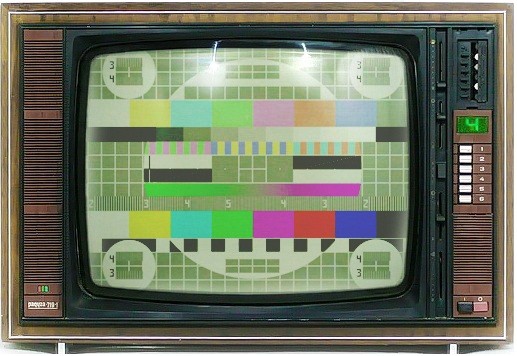 With the replacement of electron tubes semiconductors and a decrease in the length of the tube by increasing the deflection angle of the electron beam from 50 degrees to 110 degrees with the TV started to lose the weight and dimensions, adding to reliability. Already in 1974 released the remote control. In the USSR about such innovations could only dream of. But the screen size diagonally and our TV has achieved a respectable 61 see

1990 was characterized by some stagnation in the market of television. Appear videodvoyki a TV and VCR in one housing, screens increase in size, and the huge TVs are becoming the attribute of furniture: they are supplied with foot-stand, with shelves for video tapes. In Ukraine after independence appear foreign models at an affordable price, but domestic production is terminated. 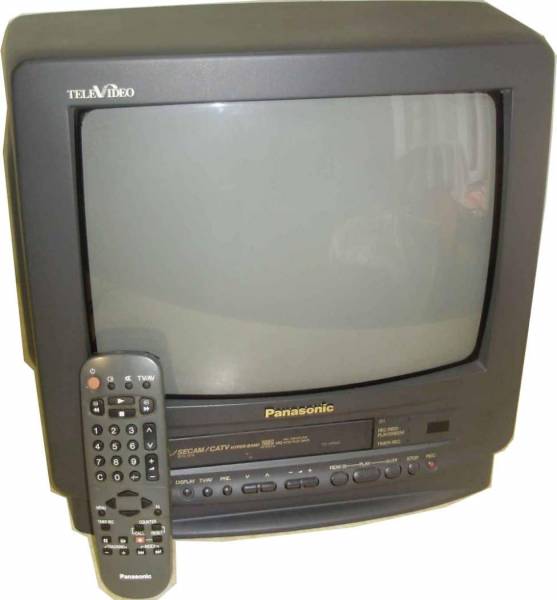 The new Millennium has been marked by a technological breakthrough: “the box” has become flat thanks to the advent of LCD and LED panels. The latter is cheaper but give lower quality image, so now gradually withdraw from the market. The giant screens now, up to 1.5 m or more diagonally. Modern models have a lot of connectors for connecting digital equipment, support different audio formats, photo and video, up to 3D.

TV radically changes the principle of operation of analog becomes digital. This allows not only to significantly improve the image quality, but actually makes the TV sets and computers, as they have access to the Internet — the so-called Smart TV. Downside — high cost of smart receivers on order compared to the usual TVs and the need to pay for the ability to view Internet content. 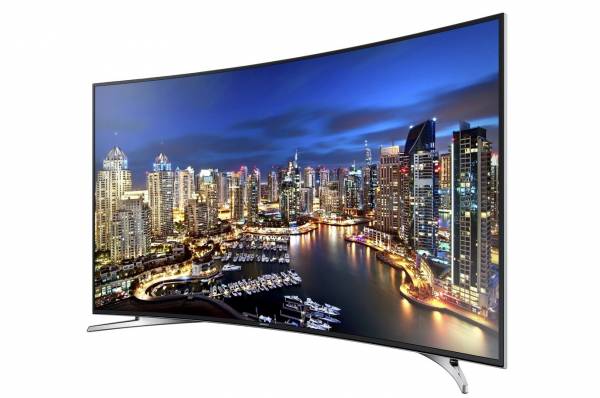 I WATCHED IN THE USSR: MOVIES, CARTOONS, TIME

As for the content of television programs in the USSR everything was controlled by the state. Everywhere was mandatory Central television, broadcasting official news primarily famous for the program “Time”, Patriotic and entertaining films in the 1980s appeared the first series. All this fits the first two, then three all-Union and national programs. Now the Ukrainian TV channels is divided into public and commercial.

OLEG PANUTA: TV DOES NOT “DIE” 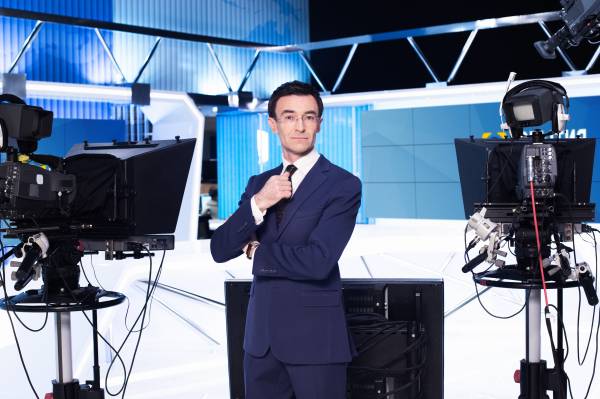 “The future of television, despite all the apocalyptic predictions, it seems to me quite confident and interesting — predicts Ponyta. — It is no coincidence that the number of TVs worldwide is not decreasing, but increasing. So people comfortable and interesting it is this form of viewing, perception of information and even communication.

No matter what anyone said, television today — the most versatile method to simultaneously reach the biggest possible number of people. Be it political news, football or the new season of “Game of thrones” — most of us watch it on TV, and then, if we are caught, we are sharing this on social media, watch replays on the Internet, learn more information from other media.

Often this even happens simultaneously with TV viewing, when you just saw the goal, I heard a loud political statement, and then share emotions, discuss the news in social networks. This is just one of the features of the future of television, which starts today, TV watching, combined with active use of the smartphone, tablet even computer.

It is clear today that we can expect further integration of traditional TV with Internet capabilities. More interactivity, engagement in what is happening on the screen. And I’m not just talking about how to ask questions or share comments during the live broadcasts. This is already today a reality. I say that a person will have the opportunity to be involved in the creative process, to be an active participant of the reality show, not leaving the house or affect the fate of the characters in your favorite TV shows when, for example, for different audience the end of the story may be different. That is, in the future TV Stan more personalized, more tailored to the interests, tastes, needs of individuals not only in advertising but also in the television programs, shows, movies, TV shows. In today’s world, the more necessary it becomes “delayed viewing”.

Perhaps TV will be more adapt to the way of life of the individual, showing that he was wondering when he needed or convenient. 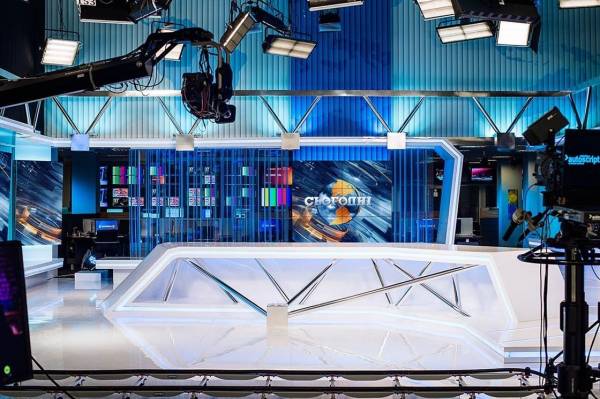