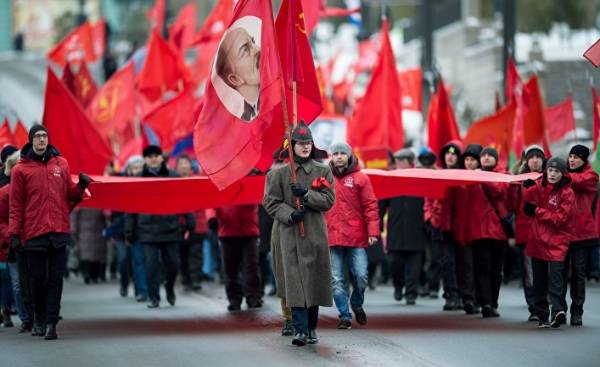 This year marks the hundredth anniversary of the Russian revolution and ten years since the global financial crisis. We have two anniversaries, which have more in common than it might seem at first glance.

In both cases we are talking about events of great significance. The October revolution gave rise to the dictatorship, competing for world hegemony with fascism (in the first half of the century), and the democratic market liberalism (in the XX century). In turn, the global financial crisis shook to the base model that won the cold war.

Deadening communism reigned in the Soviet bloc in the 1980-ies, collapsed under the weight of internal economic and political contradictions. The political troubles of this year show that the market economy may expect the same fate.

However, it is not only the historical scale of what is happening. The threat which now faces democratic market liberalism, at its core, is also reminiscent of the factors that destroyed his opponent.

Communism was defeated because of his admitted dual of a lie. First, it betrayed the dream that has attracted millions of people — the dream of equality, of solidarity and of self-realization through the pursuit of common goals. This dream was kept alive much longer than would be expected even in Communist countries — and even longer in the West. But in the end she couldn’t survive the collision with reality.

Second, it created an economic system based on deception and self-deception. Now few remember this, but during most of the twentieth century were serious disputes about what is more effective — Central planning or a decentralized market. Supporters of state control over the means of production claimed that only a planned economy allows to avoid a meaningless waste of resources in the form of unemployment and periodic recessions demand, generating a recession.

Of course, in practice Central planning failed badly with the production and distribution desired by the citizens of the goods. However, instead to adjust the system, the authorities turned a planned economy into a big lie that everything had to publicly support, even if secretly did not believe in it. “You pretend to pay us, we pretend to work”, — joked the people from Rostock to Vladivostok, and this joke contained a considerable element of truth.

In the end, the world has triumphed point of view of Friedrich von Hayek, suggesting that fluctuations in market prices contain more information than can centralized collect any system planning, and that decentralized decision-making mechanisms are much more effective than state power.

Of course, this idea helped to explain the wealth gap between the capitalist and Communist world, growing at the end of the cold war. However, the global financial crisis that undermined the claims of Western financial capitalism that it is the best method of economic organization, became its supporters thunder from a clear sky.

The views of Hayek on pricing mechanisms, no doubt, correct, but incomplete. Market prices of goods and services, indeed, much more accurate from the information point of view, than any Central planning. But, as shown by the crisis, the prices of assets that does not say.

Five-year plans was the big lie of the Soviet Union, but capitalism has its own big lie. It consists in the fact that market prices of assets (including financial) is supposed to accurately reflect their economic value.

Exactly ten years ago, people realized with horror that accumulated during the boom years the financial requirements do not correspond to reality and that the volume of future production, expected by the economy, seems clearly insufficient in order to fully comply with these requirements. That is, in short, they believed that own the resources, which actually did not exist. And when there is a sufficient number of those who realized that their ideas about their own assets about, this system collapsed. As a result, when millions of people suddenly realized how much they lied, markets and the political arena is to be expected a wave of chaos and distrust.

One lie led to another. As a result, market liberalism has also betrayed the dream, on which he has relied. The Western economy is now much poorer than expected pre-crisis trends. Particularly hard hit by the crisis and its aftermath has hit young people who have now left little reason to expect the same opportunities for prosperity as fathers and grandfathers.

Those who wants to democratic capitalism for the new prosperity, you must learn from the comparison of the two lessons.

First, the loss of illusions is killing the social system is not immediately. It proved an example of communism and now shows an example of capitalism, the promises which some social groups have been affected for decades before the crisis. However, when people can no longer rely on their livelihood, the system loses support. The most durable are those companies, who know the truth about yourself. Deception and self-deception enhance the bitterness. Market liberalism is in trouble because its financial system has enabled us to lie to ourselves and give the opportunity to a close eye on the losses until they became too obvious.

Both the left and right populists love to dream nostalgically about the glorious days of the mixed economy. They are right in the sense that the rivalry between planning and free competition must complete their blend. But the main lesson of this rivalry is that any social and economic system must be fair – not only fair, but true. However radical such ideas populists clearly won’t approve. 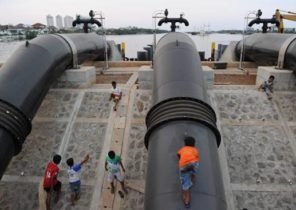 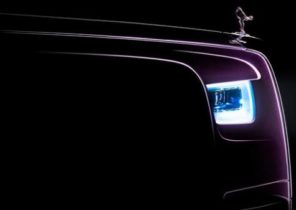