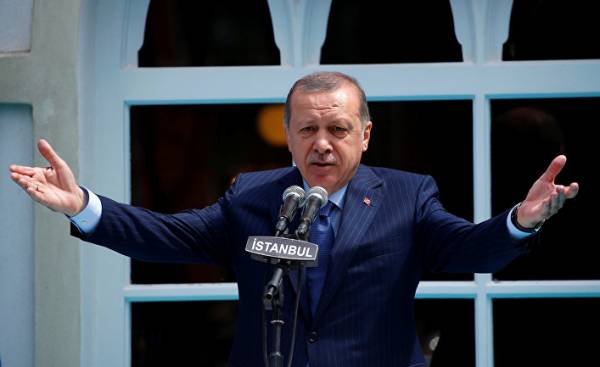 Build allied relations requires a unity of ideas and, therefore, unity of interests, if not all, then every vital issue. If in any matter that may affect the future of the country, “ally”, insists on the opposite point of view, even if it does not require its own interests, then he does not attach importance to the fate of the country, which is in front of him. If you look from this angle, currently Turkey has very few allies. Ultimately none of the States, whom we consider our allies, we’re not exactly sure when “the moment”. Therefore, we should abandon the rhetoric in which everyone who us sweet smiles, touted as “ally” under the approving headlines, and this is reflected in public opinion.

When viewed from this perspective, our relationship with the Russian Federation, which is becoming stronger thanks to the projects of NPP “Akkuyu” and “Turkish stream”, accompanied by a sharp struggle, we can survive the crisis because of the people’s protection Units (YPG). I hope this does not happen, but some signals worth reading. At the meeting held on 6 August in the capital of the Philippines — Manila, Russian foreign Minister Sergei Lavrov handed over to his counterpart Mevlut Cavusoglu (Mevlüt Çavuşoğlu) point of view that the YPG should be involved in the process as the “official parties”. Cavusoglu, noting that this “red line” for our country, not deviated from our official positions.

But if Russia will not abandon this position, threatening to impede Turkey’s presence in Syria, the positive development of the relationship after July 15, 2016 may be interrupted. When starting the operation “Shield of the Euphrates” Russia’s cooperation with Turkey, a NATO member, it was an important signal to the United States from both Russia and Turkey. Again, the liberation of Idlib, says President Erdogan, is a process that is also being discussed with Russia and Iran. And the coming days may bring forth hot from this point of view the events.

Before turning to the aggressive methods that Russia prefers a passive-aggressive methods. For example, the statement of the Russian service for consumer rights protection and human welfare (Rospotrebnadzor) in the spirit “in some resort regions of Turkey virus found”, while there was not a single case has thundered like a bolt from heaven, and was an event of this kind. Fortunately, none of the Russian tourists with the exception of 0.1% did not listen to their public institutions, and is not affected in any significant way on the performance of the tourism industry.

About our red line, President Erdogan announced on 26 June 2015: “I cry out to the world. Whatever the price, we will never allow that in the North of Syria, South of Turkey was created by the state”. All the forces in our country should cooperate and be United with his fist, not to deviate from it.

Event last week, which caused a great resonance in the media, was the detention of a Russian citizen associated with ISIL (banned in Russia — approx. ed.), who was preparing to blow up one of the American planes based in Incirlik. The terrorist, who is reported in case of realization of the first target attacked would also be the center of the Association of Alevis, were promptly caught thanks to the intervention of our security forces. What do you think, after the attack on the Americans at the base in Incirlik in this period from whom we would become more dependent in strategic terms?