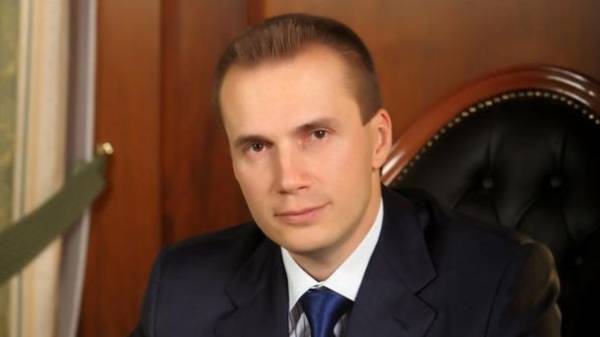 Pechersk district court of Kyiv has registered the claim of the son fluent ex-the President Victor Yanukovych – Alexander – against the National Bank of Ukraine (NBU). That is stated in materials on the court’s website.

So, in the list of cases registered on August 10, 2017, is case No. 57/46587/17-TS. The judge in the case appointed Larissa Sokol. As plaintiff indicated Oleksandr Viktorovych Yanukovych. As a defendant, the national Bank of Ukraine.

In addition, provided that the claim is directed to “indemnification”. Details were not disclosed.

However, as reported “Today” in the NBU, the regulator of such claim has not yet been received.

“The national Bank of Ukraine has not yet received such a claim. More information will be able to provide, after reviewing the claim after receiving them,” commented national Bank.

As you know, Yanukovych Jr. owned all of the shares of the Ukrainian Bank of development (UBD). The elimination of the FBG started on 23 December 2015. The Bank was declared insolvent in connection with the application of EU sanctions to the shareholder. Thus, the NBU extended the term of liquidation FBG – it must be completed by 22 December 2020.

Recall, August 10, Obolonskiy district court of Kiev held a hearing on the case of treason, ex-President of Ukraine Viktor Yanukovych. The Frankfurt newspaper from April 20, 1917 — revolution in Russia